How to deal with a downgrade 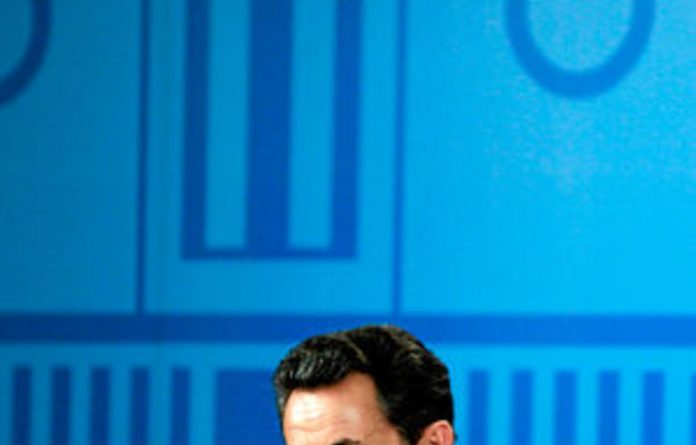 The South African economy was dealt something of a body blow at the end of last week when leading ratings agency Fitch downgraded our outlook from stable to negative, citing continuing unemployment, which it said was putting pressure on growth and narrowing the tax base.

“The negative outlook reflects the limited progress on several long-standing structural issues that have, over time, caused South Africa’s economic performance to fall behind its peers,” said Fitch’s Purvi Harlalka.

“Not least of the problems that require urgent attention is the economy’s inability to create sufficient jobs. This inability has not only constrained growth and kept the tax base narrow but has also caused public finances to become increasingly redistributive in an effort to address the lack of social mobility.”

The JSE responded by roaring to an all-time record on Tuesday, topping 33 489 and eclipsing the previous record of 33 334 set in February last year.

How do we understand this? Are ratings downgrades good for investment sentiment and, as such, should we try to get more, or have markets been so spooked for so long that they are behaving irrationally?

One leading player, Bill Gross of Pimco, has reached for the paranormal to explain market behaviour. His views are taken seriously as his company is one of the largest bond traders globally and he is a frequent guest on business television channels and an op-ed contributor to titles such as the Financial Times.

Although Pimco previously characterised the “new normal” as low growth, high unemployment and continued deleveraging (when investors continue to reduce their exposure to debt), Gross argues in a January newsletter that continuing deleveraging coupled with cheap central-bank money will create deflation and hyperinflation at the same time. “It’s as if the Earth now has two moons instead of one and both are growing in size like a cancerous tumour that may threaten the financial tides, oceans and economic life as we have known it for the past half-century,” he writes. “The financial markets are slowly imploding because there’s too much paper and too little trust.”

This is big stuff. How do you invest in a paranormal environment? Do you listen to what a ratings agency is telling you or do you respond to the actual performance of the market?

Mervyn King, the respected governor of the Bank of England, believes too much credence is given to the ratings agencies. He said this week that it was better to judge sovereign risk based on the yields government bonds attracted rather than what the ratings agencies thought. Noting that the market had given a muted response to France’s loss of one of the As in its AAA rating, King said: “We need to move to a point, and I think markets have gone some way towards that, where they pay less attention to the verdicts of the ratings agencies.”

King thinks the markets are rational; Gross sees them as paranormal.

Standard & Poor’s cut France’s ratings by one notch, citing the European leaders’ inability to come up with a plan to tackle the eurozone debt crisis. Nine countries overall had their ratings cut.

The South African treasury responded to the country’s Fitch down­grade by saying that it remained committed to the prudent execution of employment generating growth. It said it viewed the downgrade in the context of “the challenges the global economy is going through and the persistent uncertainty in the global economic environment”.

The treasury would probably like Gross’s paranormal allusion that uncertainty is the new certainty. But Gross’s critics say he has ample reason to feel disturbed, given his atrocious performance as the manager of one of Pimco’s funds, which underperformed its benchmark by 4.05%.

“This degree of underperformance can get you fired in the equity universe and is almost unheard of in the bond universe,” said Investing Daily.

“Yikes,” it said, “are these frightening fulminations the workings of a bitter fund manager trying to blame his recent underperformance on para-normal forces beyond his control, or are they brilliant insights from an experienced and highly successful bond investor? Probably a little of both.”

How should South Africa respond? Do we say the ratings agencies are out of touch, as King says, that the markets are paranormal as Gross says, or blame the eurozone, which is apparently what the treasury wants to do?

We don’t have to look too hard to find an answer. French President Nicholas Sarkozy awoke in recent days to one of the country’s leading newspapers reporting the downgrade in a headline that read “S rkozy”, with the “a” having fallen into the body of the text.

But Sarkozy did not look to the occult or third parties for a solution. He immediately began a dialogue with organised labour on how best to restore the AAA rating, his key options being labour-market reform or more austerity.

With little money to respond to Covid-19, the government is looking at other sources of funding
Read more
Business

The ratings agency is expected to say on Friday whether it will downgrade SA’s credit rating to junk, but it could hold off until the Covid-19 pandemic eases
Read more
Business

“Overall it seems not only is Ramaphoria dead [it was never alive] but the long arc of reform potential is being lost in the discourse."
Read more
Advertising