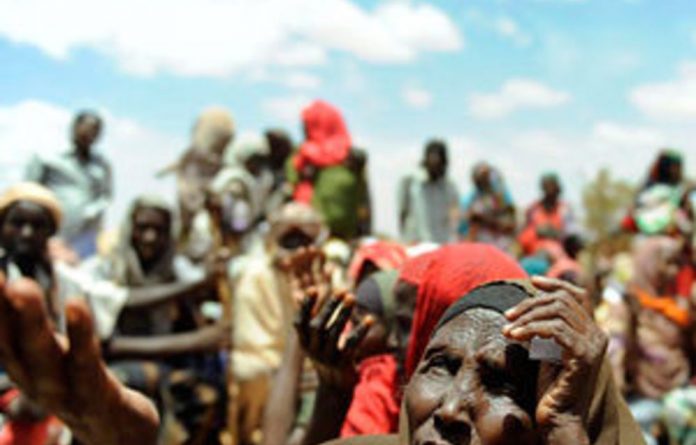 The deaths of tens of thousands of people during the drought in East Africa could have been avoided if the international community, donor governments and humanitarian agencies had responded earlier and more swiftly to clear warning signs that a disaster was in the making, according to a report published this week.

Figures compiled by the United Kingdom’s department for international development indicate that between 50 000 and 100 000 people, more than half of them children under five, died in last year’s Horn of Africa crisis which affected Somalia, Ethiopia and Kenya.

The United States government estimates that more than 29 000 children under five died in the 90 days from May to July. The accompanying destruction of livelihoods, livestock and local market systems affected 13-million people overall. Hundreds of thousands remain at risk of malnutrition.

The authors of the report, published by Save the Children and Oxfam, suggest that emergency response systems, which they believe are seriously flawed, will be tested again soon as a new humanitarian crisis looms in West Africa and the Sahel, where growing food shortages are being reported.

“Early-warning systems in the Sahel region show that overall cereal production is 25% lower than in the previous year and food prices are 40% higher than the five-year average. The last food crisis in the region, in 2010, affected 10-million people,” the report states.

A recent Save the Children assessment in Niger showed that families in the worst-hit areas were already struggling with a third less food, money and fuel than is necessary to survive. The report, “A Dangerous Delay”, concludes that, although drought sparked the East Africa crisis human factors turned it into a disaster. “A culture of risk aversion caused a six-month delay in the large-scale aid effort, because humanitarian agencies and national governments were too slow to scale up their response to the crisis and many donors wanted proof of a humanitarian catastrophe before acting to prevent one,” it states.

“Sophisticated early-warning systems first forecast a likely emergency as early as August 2010, but the full-scale response was not launched until July 2011, when malnutrition rates in parts of the region had gone far beyond the emergency threshold and there was high-profile media coverage.

“Waiting for a situation to reach crisis point before responding is the wrong way to address chronic vulnerability and recurrent drought in places like the Horn of Africa. The international community must change the way it operates to meet the challenge of recurrent crises — Long-term development work is best placed to respond to drought.”

Barbara Stocking, Oxfam’s chief executive, said: “We all bear responsibility for this dangerous delay that cost lives in East Africa and need to learn the lessons of the late response. It’s shocking that the poorest people are still bearing the brunt of a failure to respond swiftly and decisively.”

Justin Forsyth, Save the Children’s chief executive, said: “We can no longer allow this grotesque situation to continue, where the world knows an emergency is coming but ignores it until confronted with television pictures of desperately malnourished children. The warning signs were clear and, with more money when it really mattered, the suffering of thousands of children would have been avoided.”

A summit on Somalia in March, to be hosted by the British government in London, is expected to address aid and development as well as governance and security issues. Somalia’s remains the most acute food crisis in the world, with hundreds of thousands of people still at risk. According to United Nations estimates the rate of malnutrition, measured by the median global acute malnutrition standard, increased in southern and central Somalia from 16.4% to 36.4% last year. The 15% “critical” threshold was exceeded early in 2011.

The report notes that the delays in activating relief operations last year massively increased the cost of subsequent assistance.

“Trucking five litres of water per day as a last-resort, life-saving intervention to 80 000 people in Ethiopia costs more than $3-million for five months, compared to $900 000 to prepare water sources in the same area for an oncoming drought,” it states.

The report makes many recommendations, including improved risk-reduction strategies, greater funding flexibility and preventative humanitarian work. “All actors and early-warning specialists need to develop a common approach to triggers for early action,” it notes. —