Behind the shake-up at Absa 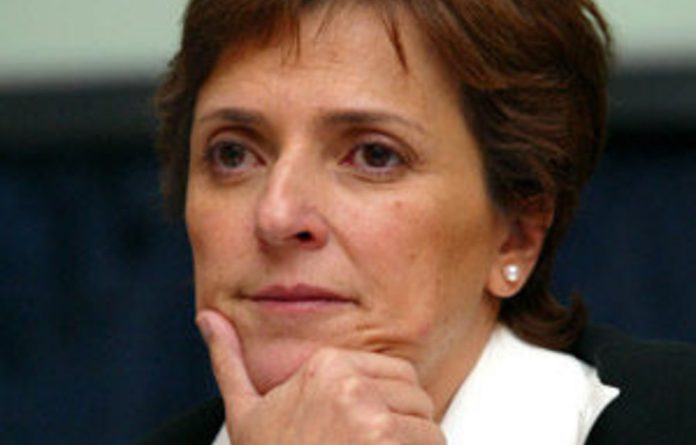 The shake-up in Absa’s upper echelons is a case of its British-headquartered parent Barclays “micromanaging” the local operations and direct intervention, which some at Absa describe as “meddling”, the Mail & Guardian has heard from several sources.

On Friday, the bank announced that three executive committee (exco) members — Alfie Naidoo, Happy Ntshingila and Daphne Motsepe — would be exiting the bank.

The statement of the resignations was issued on behalf of group chief executive Maria Ramos who is currently in the snow-laden Swiss town of Davos attending the World Economic Forum, which ends on Sunday.

Ramos said in the statement that Naidoo, the chief operating officer who has been at Absa for 10 years, would be leaving the company at the end of February to pursue personal interests outside the group, while Ntshingila, the chief marketing and communication officer, would be taking up “a new and exciting position outside banking”. Both of their positions will be incorporated into the portfolios of other Exco members.

Motsepe, chief executive of unsecured lending, would retire at the end of April 2012 and her portfolio has been folded into Retail and Business Bank, which is run by Bobby Malabie. Motsepe is in her early fifties and was appointed to the position two years ago.

Under pressure
The fact these individuals will not be replaced implies that the bank is under pressure to trim its operations. The Mail & Guardian has learned from several sources inside and outside the bank that all three were “forced out” as part of Absa’s “continuing rationalisation” and restructuring of group operations to improve efficiencies.

Said an insider: “There is a lot of unhappiness within the bank because of the restructuring that is happening behind the scenes. Retrenchments could be on the cards soon too. Barclays is calling the shots and Maria is under a lot of pressure to cut any fat.”

Ramos sits on the Barclays international board. In April last year Barclays announced it was moving its Africa’s operations from Dubai to Johannesburg in South Africa and would combine it with Absa.

Ramos was put in charge of the bigger, integrated Africa operation. But insiders said the move was not so much about the “One Africa” strategy, but rather a case of Barclays wanting to cut costs.

A banking executive told the Mail & Guardian: “The latest resignations are quite a big development. Barclays is micromanaging. Maria has been asked to cut costs, make the operations leaner and get rid of underperformers. It’s what Barclays is doing across its global operations, as its profit margins are under threat.”

Talk of interference
Barclays last reported a 33% fall in pre-tax profits of £2.6-billion for the first six months of 2011. The UK banking giant acquired 56% ownership of Absa, South Africa’s largest retail lender, in 2005 in what was hailed as the biggest foreign direct investment into the country at the time.

The deal was seen as expansionary and good for the local bank, but since then many insiders and banking experts have talked about Barclay’s interference in the domestic operations, as the global bank takes a knife to its international operations, axing more than 2000 staff last year alone as part of a wider cost cutting.

Barclays Bank Botswana was a victim of those global mass retrenchments last year. While Absa clashed with unions late last year and denied that it too was under the whip from its parent to cut staff count, the group said that it would “continue to enhance efficiencies and effectiveness by reducing duplication”.

Over the past months, the bank has been restructuring and centralising some of its function — employees from the Pretoria office have been moved to the headquarters in Johannesburg city centre.

Absa’s annual results presentation on February 10 will reveal whether the restructuring exercise has resulted in real material savings for the bank.

Executive reshuffle
The latest shake-up comes just a few months after Ramos announced a reshuffle to the executive structures to align the group to its Africa strategy, following the resignation of Gavin Opperman, head of retail, in November last year.

There has been quite a turnover of executives since Ramos, the former Transnet boss officially took over the reins at Absa from Steve Booysen in March 2009. In September 2009, its chief financial officer Jacques Schindehutte (now at Telkom,) quit the bank citing he wanted leave before changes were made to the top structures. There was also talk that he clashed with Ramos.

According to a former Absa employee: “Barclays is putting the squeeze on everyone. They are pushing for actual retrenchments, not restructuring. I left at the right time. Absa is in a complete mess and staff morale is at an absolute low.”

Speculation is rife that group deputy CEO Louis von Zeuner, who is said to actually run the day-to-day operations of the bank, is set to leave next.

Apart from what was released in Friday’s statement, Absa spokespeople wouldn’t comment any further on the resignations or whether Barclay’s interference was behind the shake-up.