No word from Zulu King on gay slur 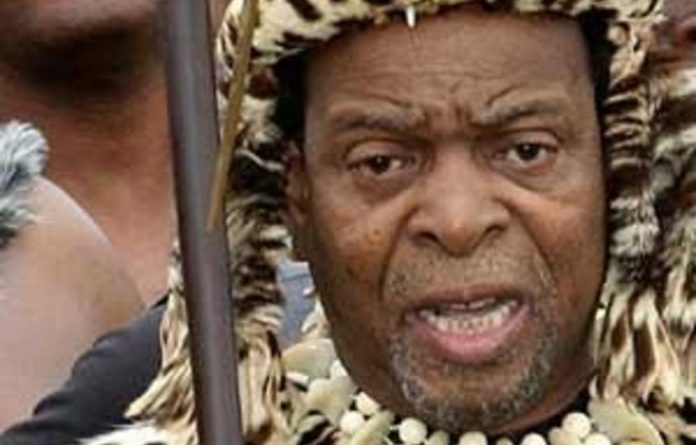 King Goodwill Zwelithini did not say a word about his recently reported comments on homosexuality when he addressed a function in KwaZulu-Natal on Saturday.

His earlier comments, which the royal household said were misinterpreted by journalists, caused a public outcry.

Scores of journalists attended the installation of Inkosi Bathebuya Cele at Saint Faith in KwaZulu-Natal, hoping the Zulu monarch would clarify a homophobic statement he reportedly made last weekend.

The media invitation from the department of traditional affairs — which co-hosted the event with the Zulu royal household — said the king would use the event to clarify his stance on homosexuality.

However, Zwelithini said nothing about the media reports. Instead his two-hour speech focused on the importance of respect and the history of the Zulu nation.

The furore broke when the Times newspaper reported last week that Zwelithini told guests in Nquthu that there were no people who engaged in same-sex relationships in traditional Zulu culture.

He was attending the 133rd commemoration of the Battle of Isandlwana.

Gay rights activists criticised the statement attributed to the king.

The royal household and prominent figures such as KwaZulu-Natal Premier Zweli Mkhize blamed the reporter for “reckless” interpretation.

Journalists who attended the Saturday function expected the king to use his first public speech since the incident to set the record straight.