Nkosazana Dlamini-Zuma for the win 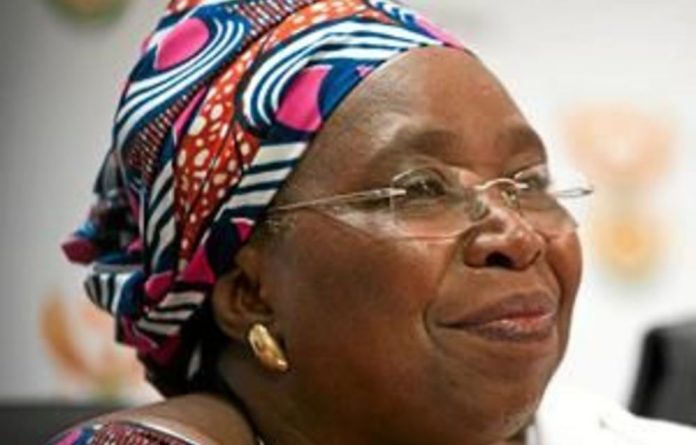 South Africa said on Saturday it was optimistic that its powerful candidate Nkosazana Dlamini-Zuma can unseat African Union head Jean Ping at this weekend’s summit of the pan-African body.

The United States meanwhile denied a report that Washington, along with Paris, were actively opposing Dlamini-Zuma’s candidacy against Gabonese Ping’s bid for a second term.

“The United States considers the selection of leadership for the Commission of the African Union to be an issue that is entirely for African states to decide,” the US embassy said in response to Friday’s report in the Mail & Guardian.

“Contrary to speculation, the United States has no preferred candidate, and we have consistently maintained neutrality on possible candidates for the chair.”

Dlamini-Zuma, 62, has served in the cabinet of every South African president since Nelson Mandela, who named her health minister after taking office as the country’s first black leader in 1994.

A doctor by training, she served as foreign minister for a decade under Mandela’s successors Thabo Mbeki and Kgalema Motlanthe, and her ex-husband, current President Jacob Zuma, found her indispensable enough to name her home affairs minister — the post she now holds. She was credited with cleaning up the problematic department, so much so that under her tenure it earned its first clean audit since the advent of democracy in the country in 1994.

No woman has held the post of chair of the Commission of the African Union. The AU’s 54 heads of state and government will hold a secret ballot at the summit in Addis Ababa on Saturday and Sunday to decide whether Ping, who has held the post since 2008, will get a new term.

Previous reports
The M&G reported on Friday that the South African government has adopted a strategy of subterfuge to ensure that Dlamini-Zuma replaces Ping.

The government has in the past few months been lobbying throughout the continent for Dlamini-Zuma to be elected to the hot seat.

Sources in the department of international relations and co-operation who are familiar with the fierce lobbying for the position of AU Commission chair, told the M&G this week that the government would use the same strategy that resulted in the late Libyan leader Muammar Gaddafi’s bid to pass a motion for the creation of a United States of Africa rejected by African leaders at the AU Summit in Ghana in 2007.

Ahead of the Ghana summit, Gaddafi had used his oil wealth to buy influence within the AU by paying off the debts of member states.

“At the time, we said to African leaders whose countries depended on Gaddafi: ‘Agree with him, but oppose him at the secret ballot’. We are doing the same with poor Francophone countries who depend on France for their survival to say: ‘Agree to vote for Ping, but when you get your ballot, vote Dlamini-Zuma’,” said an official, who spoke on condition of anonymity.

Dlamini-Zuma’s backers are worried that Francophone countries might be influenced by France to vote for Ping and snub South Africa, Africa’s biggest economy.

Except for Zimbabwe, all South African Development Community countries are expected to throw their weight behind Dlamini-Zuma. The SADC endorsed South Africa’s candidate for the position of chairperson of the AU Commission last year.

Relations between South Africa and Zimbabwe are at a low point since South Africa backed the United Nations Security Council resolution 1973 which called for a no-fly zone in Libya.

The M&G also understands that Zimbabwe is still bitter after South Africa refused to support its bid to become a member of the UN Human Rights Commission in 2009.

And Zimbabwe President Robert Mugabe is unhappy with President Jacob Zuma’s hardline stance against his regime’s reluctance to co-operate with the Movement for Democratic Change as per the SADC’s global peace agreement.

Nigeria has also been cited by South African diplomats as a major obstacle to the bid. Relations between the two countries have been in a funk for some time, but it deepened over South Africa’s backing of former president Laurent Gbagbo during the battle for control of Côte d’Ivoire. — Sapa and M&G