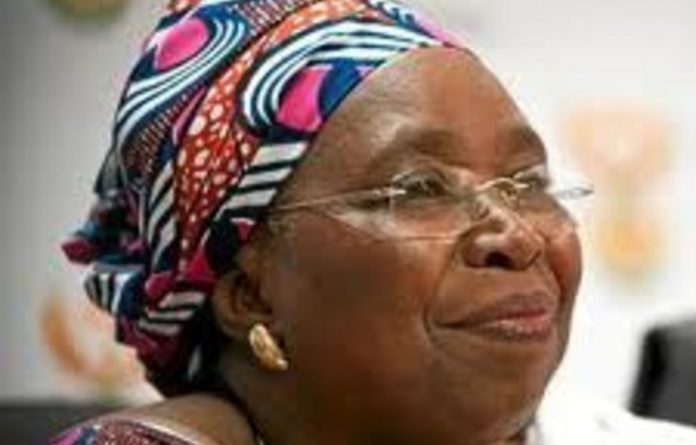 The vote for AU Commission chair has crowded out important issues, like how to address the volatile political situation in Sudan and Somalia and left the African Union (AU) in limbo. This is according to Jakkie Cilliers, executive director at the Institute for Security Studies.

On Monday, Home Affairs Minister Nkosazana Dlamini-Zuma failed in her bid for the AU Commission chair. After three rounds of voting, Dlamini-Zuma remained in a deadlock with the incumbent chair, Jean Ping, who hails from Gabon. The vote will now be delayed until the next AU summit in June and deputy AU Commission chair Erastus Mwencha will serve as chairperson in the interim.

“We now have a commission that’s in limbo,” Cilliers told the Mail & Guardian. “The AU commission will be partly paralysed while this process unfolds,” he said.

The failed bid for the AU Commission chair is the latest in a series of political disappointments on the continent for the Zuma administration, which failed to find political solutions to hostilities in Côte d’Ivoire and Libya last year.

The incident has also highlighted the fractures in African unity and called into question South Africa’s claim that it is a political leader on the continent. The country’s decision to run for the post was hugely controversial as it broke with the custom that a representative from one of Africa’s smaller states to hold the position of AU commission chairperson.

Cilliers said the vote on Monday showed that while South Africa may claim to represent Africa, this view is not necessarily one that’s supported by other African countries.

Flex its muscles
He said that on the one hand, the vote allowed South Africa to flex its muscles — Dlamini-Zuma, who was thought not to stand a chance in the vote, managed to prevent Ping from getting the two-thirds majority he needed.

But the fact that she could not get a majority herself showed that South Africa cannot claim leadership for the entire continent.

International relations spokesperson Clayson Monyela however remained positive about the outcome. He said the huge number of African countries, which voted for her on Monday showed that she stood a very good chance of being elected at the next summit.

But Cilliers said he doubts that this would happen. “She’s demonstrated that she can’t get the votes she needed,” he said.

According to Cilliers, delegates at the summit are trying to find an acceptable way forward; the speculation is that Southern African countries will try to find a different candidate and that Ping may not stand again.”

Thomas Wheeler, research associate at the South African Institute for International Affairs, said: “There’s no unanimity on who should be the next AU Commission chair.”

Rather than uniting Africa, the incident at the AU has widened some of the divisions that exist between African countries, particularly those between the Anglophone and Francophone countries. It also showed up the conflicting interests of the West African states and growing economies like Nigeria and Kenya. “Africa is fractured in so many ways,” he said.

Wheeler said he questioned South Africa’s decision to bid for the position in the first place. “We’re already in the G20, we’re in Brics, IBSA and the UN Security Council. Do we need this as well?” he asked. “Government will now have to decide if it’s worth South Africa’s while to pursue this post.”

Wheeler said that South Africa’s recent decision to open embassies in more countries implied that South Africa is keen to play a greater role in global politics but the country had to be careful not to be seen to “play the hegemon” as this would count against it on the continent.