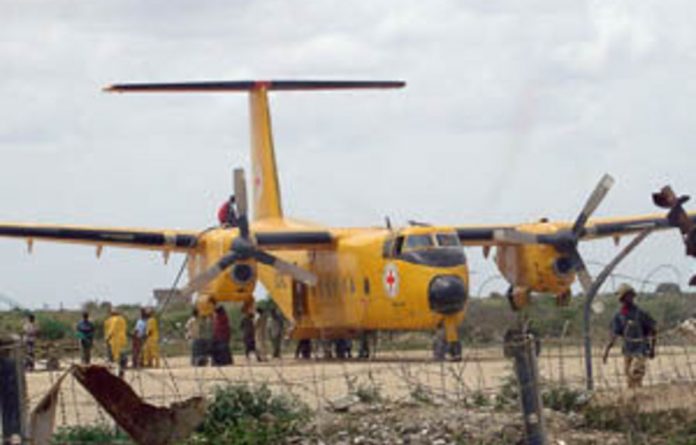 Hundreds of thousands of Somalis could be deprived of critical food aid after Islamist rebels banned the International Committee of the Red Cross (ICRC) from areas under their control.

The move severs a critical lifeline in the south of the country where famine still threatens 250 000 people.

The rebel group al-Shabaab, which professes allegiance to al-Qaeda and is hostile to foreign intervention of any kind, said it had decided to “fully terminate” the ICRC contract, accusing the group of delivering out-of-date food.

An ICRC spokesperson in Nairobi had no immediate comment. The aid group suspended food distribution to 1.1-million people in southern and central Somalia on 12 January, saying militants were blocking deliveries.

The new ban could deal a major blow to aid operations in the dangerous south of the country as the ICRC was one of only a few international agencies still able to operate there after al-Shabaab banned 16 other groups last November.

One humanitarian official, who did not wish to be named, said the ban was serious because it affected the Somali Red Crescent Society, a well-respected local partner organisation to the ICRC.

He attributed the ICRC’s expulsion partly to a breakdown in communication linked to increased militarisation in the zone, where Kenyan troops are also fighting al-Shabaab.

Vulnerable
Given the scale of the ICRC operation, it will be difficult for local organisations or other groups still operating in the south and centre to pick up the slack if the ban is upheld. Several Islamic relief agencies still have access to southern Somalia.

Mark Bowden, the UN humanitarian coordinator for Somalia, said the ICRC ban risked rolling back gains made after international relief began to flow into Somalia last summer following a declaration of famine in six regions.

“Leaving so many vulnerable Somalis without food will endanger their lives and could also result in pushing a large number of people back into famine, reversing any gains made,” he said. “We appeal to all factions in Somalia to allow humanitarian actors to reach people most in need, wherever they are.”

Six months after famine was declared in six regions, Somalia remains the world’s worst humanitarian crisis although three areas have been lifted out of famine. The UN says four million people still need aid, and 1.4-million have been internally displaced.

Delivering food and other essential relief is complicated by al-Shabaab’s hostility to foreigners and the demands they make of aid groups. Somalia is one of the most dangerous countries for aid workers, who have been targeted in recent months with kidnappings and shootings by al-Shabaab, pirates and bandits.

The UN has appealed for $1.5-billion to fund relief programmes this year, and officials have warned that any delay could be catastrophic. A British report estimated that as many as 100 000 people died across the Horn of Africa because of last year’s drought and famine.

“Despite being offered unrivalled access to all the regions governed by the mujahideen in south and central Somalia, the International Committee of the Red Cross has repeatedly betrayed the trust conferred on it by the local population,” the statement said.

Al-Shabaab posted a picture on its Twitter account of burning sacks of food. It was impossible to verify the authenticity of the photograph.

The rebel group is fighting Somalia’s weak, West-backed Transitional Federal Government and the African Union peacekeepers that support it. It is also battling Kenyan troops in the south and Ethiopian troops in the west of the country.

Once lauded by some Somalis for restoring order in a country that has not had a functioning government in more than 20 years, al-Shabaab lost a lot of popular support during the famine amid reports that it stopped hungry people from leaving villages, diverted resources and imposed taxes on residents.

Somalia’s descent into anarchy has raised fears among its neighbours, such as Kenya, but also further afield. David Cameron is to host a conference in February on a country he described as “a failed state that threatens British interests”. Young British men are among foreigners who have joined al-Shabaab in Somalia and the lawlessness on land has helped spawn piracy at sea. — Guardian News and Media 2012

Looking after the Covid-19 dead to protect the living