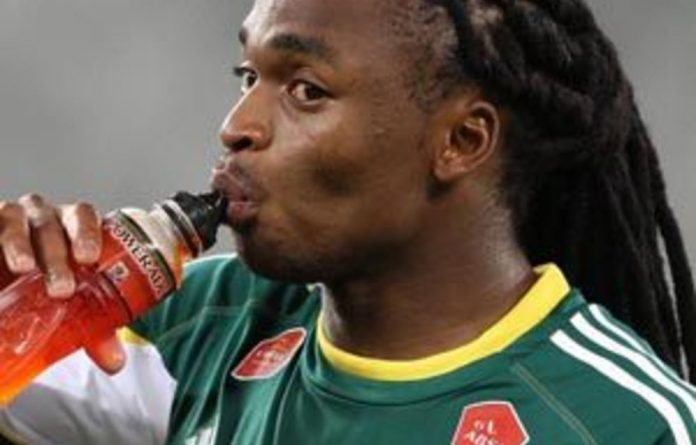 South Africa’s football boom is triggering a new era of isolation. The January transfer window was dominated by homebody action: no local players moved abroad and two of the PSL’s most exportable stars, Sifiso Myeni and Siphiwe Tshabalala, signed long-term contracts with the two Soweto giants, thus effectively turning their back on the European big time.

This week, Orlando Pirates boss Irvin Khoza put a bullish spin on the dwindling outward flow of South African talent. He argued that this trend, with his capture of veteran Portugal forward Luis Boa Morte, marks the maturation of the PSL into a serious league. Like Brazil, he said, South Africa was starting to retain its best talent.

Tshabalala might have banked R200 000 a month after tax at Crystal Palace but that is less than he will now bank at Chiefs. And Myeni’s deal at Bucs is said to be worth R400 000 a month. The top deals are now three times the size they were when the first SuperSport broadcast deal, worth R1.6-billion, was signed in 2007. A new deal, worth R2-billion, was inked in August.

Khoza has a point, and it is to be celebrated that players are finally earning their fair share of the cake. But there is a real danger that the heady scent of so many rands is depleting the ambition of young prospects and slowly cocooning the local game in complacency.

Already, the few South Africans in the big leagues are on the back foot. Steven Pienaar has just beaten a chastened retreat from Spurs to Everton and Bongani Khumalo has been shunted from Reading back to White Hart Lane, where he has little chance of playing. Tsepo Masilela at Spanish side Getafe is South Africa’s only regular starter in any of Europe’s top five leagues. Our elite foreign legion has not been this small since readmission in 1994.

Because it is hard to accept that our players are no great shakes, many fans and commentators prefer to blame local agents for their low profiles. Agents are often accused of putting instant rewards ahead of their clients’ career interests by selling them to the wrong teams — either too small or too big.

It does not help that the football agent has mutated in the game’s popular imagination from the comical wheeler-dealer of old into a sniggering arch-villain who deposits traitorous thoughts into the heads of his clients. The prototypes for this caricature are the notorious super-agents Pini Zahavi and Kia Joorabchian, the man who popularised the South American “third-party ownership” model in Europe.

But the vast majority of agents are human beings, complete with flesh and blood. The South African brigade, including Mike Makaab, Glyn Binkin, Tim Sukazi and Steve Kapeluschnik, have done much to improve the lot of local players, while Barcelona-based Rob Moore has done some nifty business for Bafana stars abroad.

But the man feeling the heat this week is Tshabalala’s agent, Jazzman Mahlakgane. He is very adept at seeding media hype about a potential move but battles to close deals abroad. Tshabalala made his own decision to stay but Mahlakgane is facing a “cry wolf” scenario and he needs to find a wolf quickly.

That said, it is unfair to single out any agent for the stagnation of players such as Tshabalala and Katlego Mphela, when the employers have valid business priorities that often conflict with players’ career development. The owners of Mamelodi Sundowns, Chiefs and Pirates have no interest in pursuing the “selling club” business model: they want to keep their stars and that is a strategy that deserves respect.

“Everybody likes to have a scapegoat,” said Kapeluschnik this week. “There are some dodgy agents out there, but the simple fact is that the European market has become extremely tough since the financial crisis began. A mid-table club in Belgium or Greece might offer us less than the player can earn here — and they’re certainly not waiting for South African players.”

Increasingly, the feeling is mutual. But Europe remains the nerve centre of global football knowledge and progress. We cut ourselves adrift at our peril.