The next Malema: Is Ronald Lamola ready to lead? 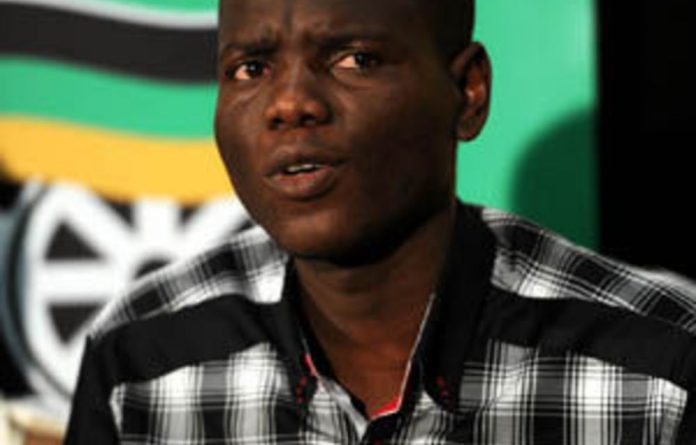 While former ANC Youth League president Julius Malema’s detractors may be quietly smirking at the youth leader’s apparent demise over the weekend, his most likely successor is set to up the ante in the push for radical economic policy change.

Deputy league president Ronald Lamola is said to be eagerly waiting in the wings should Malema fail in his attempt to reverse his suspension from the ANC.

On Saturday the ANC national disciplinary committee (NDC) of appeals upheld the five-year suspension meted out to Malema in November.

Malema, Lamola, treasurer general Pule Mabe, secretary general Sindiso Magaqa, deputy secretary general Kenetswe Mosenogi and spokesperson Floyd Shivambu were suspended from the ANC last year after the NDC found them guilty of sowing division within the ANC and of bringing the party into disrepute, partly as a result of comments regarding bringing about regime change in Botswana.

Malema now has the opportunity to offer evidence in mitigation of sentence in the hope his suspension will be repealed or shortened.

The ANC NDC must reconvene within the next fortnight to hear evidence from Malema and Shivambu, whose suspension was also upheld.

Lamola, Mabe, Magaqa and Mosenogi all earned a reprieve as they were cleared of a charge of barging into a meeting of high-ranking ANC officials.

As such Lamola has a clear path to the league’s presidency, should Malema fail in his bid to quash his suspension.

More aggression, less abrasion
It was previously speculated that Mabe was angling to take over the league’s presidency, but this seems to no longer be the case as supporters believe Lamola will be the one called on to replace Malema, sources within the league told the Mail & Guardian.

Lamola, a qualified attorney from Mpumalanga, is said to be just as determined as Malema when it comes to the call for controversial polices like land expropriation without compensation and the nationalisation of mines.

In some cases, Lamola is also regarded as being more vociferous than Malema, and will offer added impetus to the league’s economic freedom in our lifetime programme.

“Lamola will advance the struggle much more aggressively than Julius and do so without the abrasiveness. He’s cool, calm and collected, but challenge him and he’ll destroy you,” a league member close to Lamola told the M&G on condition of anonymity.

Additionally, Lamola is seen as having less baggage than Malema, and so will be able to flex more political muscle in the call for sweeping policy reform.

“He doesn’t just talk for the sake of talking and hasn’t made enemies unnecessarily. When Ronald talks you know it is coming from a man that isn’t interested in business or tenders; it’s about the people,” the source said.

“Lamola understands what the ANCYL wants to do and where it is going. He is far more militant in his speeches than Malema and has the ability to argue a point without insulting you,” a league member from Lusikisiki in the Eastern Cape said.

This has been echoed by another member in Ekhuruleni who said that while the league was “sad about Julius” it didn’t mean “the road stops”.

“Even if they can get rid of Julius, Lamola will take up the fight and he will be a far tougher nut to crack — he is relentless,” says the source.

He also confirmed that rank and file members have been instructed not to talk about the matter to the media or to members of the mother body for fear of the league’s strategy being revealed.

Malema support
Nonetheless, it should be a while before Lamola has the opportunity to start his supposed reign.

According to reports in the Sunday Times and elsewhere this week, the league is planning to fight tooth and nail to assist Malema as he combats his suspension.

This could include opting for further delaying tactics when the NDC attempts to reconvene, taking up the matter with the ANC national executive committee and even mounting a legal challenge through the courts.

A league member told the paper the ANC’s elective conference in Mangaung in December would be the best opportunity to overturn the decision against Malema.

But for now it is a waiting game for his supporters as they try to out-manoeuvre the ANC.

“The fight is nearing the end but we will continue to support him. It would be unfair to simply sail Malema down the river now,” a league member from Johannesburg said.