Motlanthe calls for a political solution to ANCYL problem 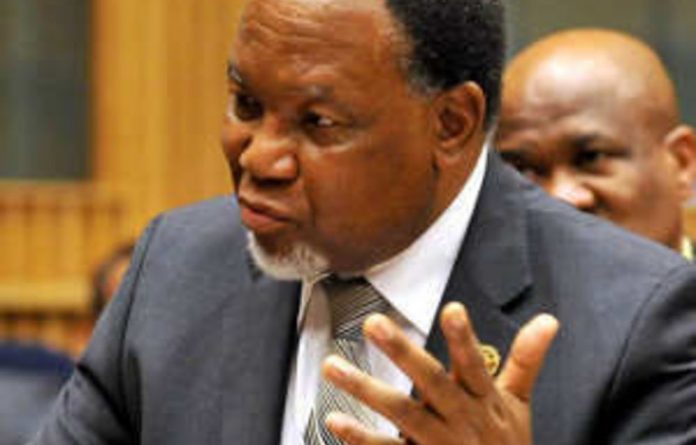 Deputy President Kgalema Motlanthe has called for a political solution to the ANC Youth League leadership’s disciplinary woes. Speaking at the league’s lekgotla, being held in Centurion this weekend, Motlanthe said “There is no need that at any given point the relations between the ANC Youth League and the mother body should be fractured.”

Youth league president Julius Malema and his deputies are still engaged in a disciplinary hearing with the ANC. They were found guilty of sowing divisions within the mother body and bringing the party into disrepute. Malema received a five-year suspension from the party’s National Disciplinary Committee but has been given leave to argue in mitigation of his sentence.

Using the example of a landlord who attempts to evict people who are living rent-free on his land, Motlanthe told the league that the ANC cannot remove its leadership without first providing them with alternatives.

He warned that although the league was entitled to having its own policies and resolutions, these need to be aligned with the constitutional policies of the ANC. “If they are not, you must immediately start engagement with the ANC,” he said, adding that this should be done directly with the party and not through the media.

‘Becoming class conscious’
The deputy president suggested that the league identify key strategic tasks so that the movement is focused and effective and called on them to keep pushing the frontiers of change while remaining open to new ideas.

He emphasised the importance of political education in understanding the place of the league in the ANC and in South Africa. “Wearing a red shirt with Che Guevara’s face on it doesn’t make you class conscious,” he told delegates.

Motlanthe also warned the league should guard against being “intoxicated by past victories” and urged them to work hard and be more organised if it wanted to effect change. “Change is a function of struggle. It means a lot of hard work. And if you are not organised, you will not change society,” he said.

He said that even though it had become easier to send out messages about one’s intentions, this did not necessarily translate into change. “You can Twitter, you can Facebook and send out all manner of statements. But all of that is also underpinned by a deep sense of futility. It’s a futile exercise.

“When people riot, there’s an element of opportunity in it,” he said. “We’ve seen it in Egypt, where people mobilise and they all get into Tahrir Square against being governed by the military from 1952. And when they are dying they go home, because there’s no organisation. Twitter is no organisation.”

Motlanthe said social upheaval did not always result in progress. “We’re not terribly excited about the Arab Spring because it has not taken them [Egyptians] forward,” he said. “Society can go backwards particularly when the vested interests of the ruling class is jeopardised.”

He said the youth league has a critical part to play in helping the ANC renew itself as a political home for the youth and asked that they assess whether they are had remained true to their founding fathers and whether they are still relevant today.