Corruption: Zuma has his (Groundhog) day in court 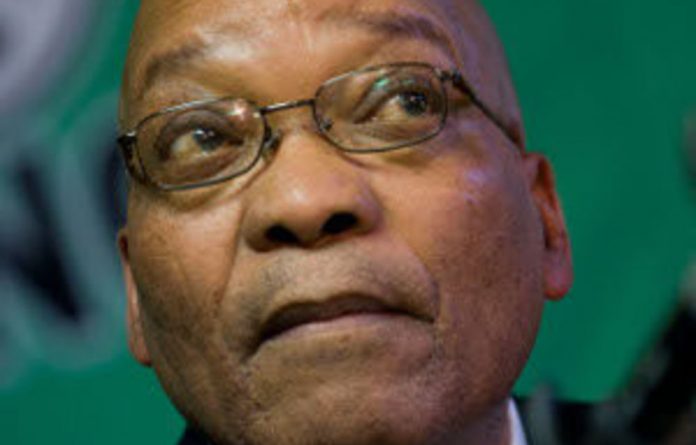 President Jacob Zuma will on Wednesday return to court in an attempt to prevent an investigation into his alleged corruption.

The Supreme Court of Appeal (SCA) will rule on the legal standing of a Democratic Alliance application to have the National Prosecuting Authority’s (NPA) decision to drop corruption charges against Zuma reviewed.

At the time, the NPA said it was “neither possible nor desirable” to continue with the prosecution citing an “abuse of process”.

The conversations allegedly took place shortly before the ANC’s historic Polokwane elective conference in December 2007, where Zuma defeated Thabo Mbeki in the race for the party’s presidency.

As such, the case against Zuma was deemed to be politically motivated.

“It’s not so much the prosecution itself but the legal process that is tainted,” Mpshe said at the time.

However, the DA is arguing the decision was unconstitutional and invalid and want the charges to be revisited.

“It’s an interesting argument as the SCA needs to decide if the DA has a vested enough interest in the matter to be allowed to pursue it. But they will have to prove they have a right to get the matter reviewed, or at least have the NPA offer better reasons for dropping the case,” legal expert Pierre de Vos told the M&G.

Central to the DA’s challenge is getting a copy of an intelligence inspector general’s report on the recorded conversations between Ngcuka and McCarthy.

The DA believes sections of the report could have been cherry picked to support the NPA’s decision to drop the case.

Long road ahead
But de Vos warns that even if the SCA rules in the DA’s favour, it would be a long road for the opposition to follow if they decide to pursue the matter.

“There is no law stating a person facing criminal charges can’t become president, so Zuma’s presidency can’t immediately be threatened. It will also take a long time for before anything substantive comes of this as the SCA will send this back to the high court and the case could be delayed until it is no longer relevant,” said de Vos.

However, the DA said it is not only about challenging Zuma’s fitness for office but also upholding the independence of the NPA and the judiciary as a whole.

“All we are asking for is the NPA to provide a rational explanation for their dropping of charges in 2008. In as much as decisions of courts are reviewable — decisions not to pursue prosecution must also be reviewed if necessary,” said James Selfe, DA’s federal executive chairperson.

According to Selfe, the DA feels confident their argument would lead to the SCA ordering a review and if not, the DA will continue pursuing the matter “for as long as it takes”.

“This is an issue of principle and from a legal point of view our argument is sound,” said Selfe.

Presidential spokesperson Mac Maharaj would not comment in the run up to Wednesday’s SCA appearance.

“I have no comment — none whatsoever,” Maharaj told the M&G.

From a party politics point of view, Zuma is safe for now.

Although the SCA ruling in the DA’s favour would be a great boost to the president’s detractors, the ruling party remains firmly behind its man, based on Zuma’s support from rank and file members.

Moreover, Professor Steven Friedman, director of the University of Johannesburg’s Centre for the Study of Democracy said that even if the SCA rules against Zuma, the president needn’t necessarily worry.

“Things that are damaging in the public domain don’t translate into the same sort of damage within the ANC. Although it would make life a bit difficult, it certainly wouldn’t stand in the way of him being re-elected as party president if his support remains intact,” Friedman told the M&G.

Sarah Mokwebo explains how her book stokvel concept works, and how it benefits members
Advertising