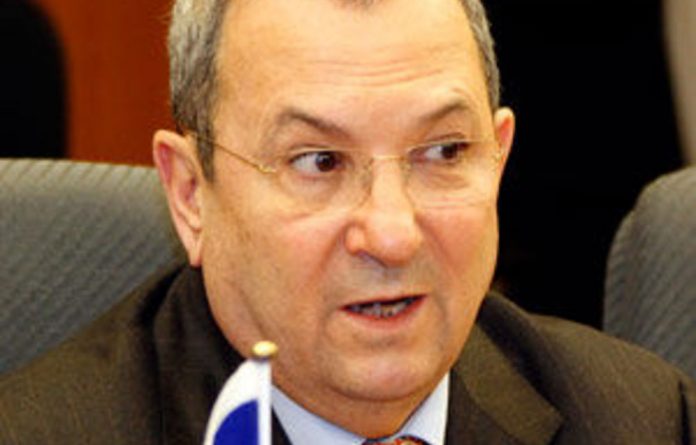 Israeli Defence Minister Ehud Barak on Saturday called on world leaders to tighten sanctions on Iran before the country enters a “zone of immunity” against a physical attack to stop its nuclear programme.

“We have to accelerate the pace of imposing sanctions,” he said at a news conference in Tokyo.

The world must force the Iranians to ask themselves, “Are we ready to pay the price of isolation by most, if not all, of the world or should we decide to stop the nuclear effort?” he said.

“The world should ratchet up the sanctions,” he said, “before the Iranians fully enter this immunity zone.”

But he brushed aside a February 3 article in the Washington Post implying that US Defence Secretary Leon Panetta thinks Israel may strike Iran’s nuclear installations in the coming months.

‘Sanctions stage’
Columnist David Ignatius wrote that Panetta “believes there is a strong likelihood that Israel will strike Iran in April, May or June”, before Iran enters a “zone of immunity”.

Panetta told reporters later that he had no comment on the article as his views were just his own.

But he added: “Israel indicated they’re considering this [a strike], we’ve indicated our concerns.”

Asked about the article, Barak said US support for Israel’s security had been “extremely advanced and deep” under President Barack Obama.

“We appreciate the Americans standing behind Israel in the issue of security. But we could not conclude from this any … details about what could happen in Iran,” Barak said.

“We are still in the sanctions stage and expect them to get even [tighter].”

Tensions flared
Iran has been slapped with four sets of UN sanctions and a raft of unilateral US and European Union sanctions over its nuclear drive, which Tehran maintains is peaceful but which much of the international community suspects masks a weapons programme.

Barak was visiting Tokyo as tensions between Israel and Iran flared following bombings in New Delhi, Tbilisi and Bangkok earlier this week, but Iran angrily rejected accusations that it was behind the “terrorist” acts.

Tehran also said it had developed new centrifuges capable of enriching uranium at a much faster rate.

In a meeting with Barak on Wednesday, Japanese Prime Minister Yoshihiko Noda warned military action could be “extremely dangerous”, according to foreign ministry officials quoted by the Japanese media.

Foreign Minister Koichiro Gemba told Barak on Thursday: “Using a military option would not only provide an excuse to Iran but could [also] unite the Arab world against Israel,” according to the officials.

But, in a show of solidarity, Noda said Japan would strive to reduce its oil imports from Iran. Tokyo currently imports around 10% of its oil consumption from the Islamic country. –Sapa-AP