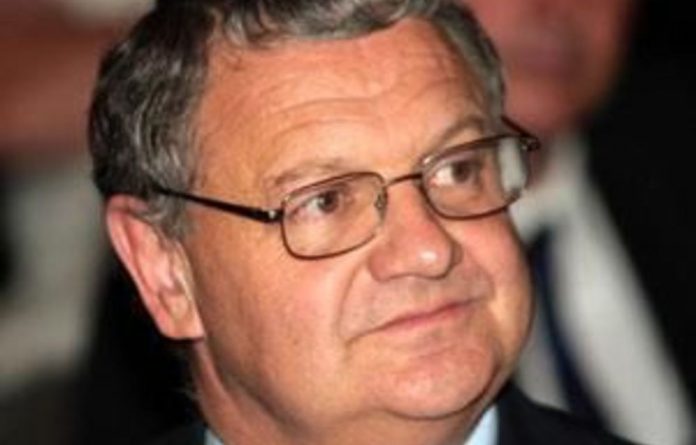 Freedom Front Plus (FF+) leader Pieter Mulder has expanded on his comments made in Parliament last week, in which he suggested that “Bantu-speaking” people had no historical claim to 40% of the country, following an outcry from political parties.

Mulder came under fire last week when, during a National Assembly debate on the State of the Nation address, he said: “Africans in particular never in the past lived in the whole of South Africa” and that “there is sufficient proof that there were no Bantu-speaking people in the Western Cape and north-western Cape”.

On Tuesday Mulder, who also serves as deputy minister of agriculture, forestries and fisheries in President Jacob Zuma’s cabinet, told the Mail & Guardian that “it is not important to establish who came first if we are looking forward and realise we are in 2012”.

“The problem arises when it is said that every inch of the land was black owned and that whites are thieves who stole land,” he said.

Although he conceded that “emotion is strong on both sides”, he said ensuring food for all South Africans is the real issue that must be dealt with.

“All South Africans have a right to land but we must not forget that we need to produce food for 50-million people. When farmers hear the current land reform is not working without the government clarifying what will work, it creates uncertainty which automatically leads to food insecurity,” Mulder said.

Mulder said his assertions, made in Parliament last week, are correct and objective. “It is an argument based on facts. Maybe people should try and get past the emotion and debate my argument.”

False argument
But historical evidence disproves Mulder’s argument. David Coplan, the professor and chair of anthropology at the University of Witwatersrand, said Mulder’s statements were an example of what academics and historians refer to as “the myth of the empty land”.

This empty-land myth has been perpetuated throughout the apartheid era but does not stand up to historical evidence gathered from various sources. “It’s been debunked over and over again but South Africans have a short memory and the people who believe it want to believe it,” he said, adding that there have been Bantu-speaking people within the borders of South Africa since at least the 16th century.

Mulder had claimed that Bantu-speaking people had moved down the continent from the central Africa, while Europeans had moved up from the Cape and that they had met at the Kei River, in what is now the Eastern Cape.

But Coplan called this a “mis-statement”. “White farmers arrived [at the Kei] to find the Xhosa, who were there already for a very long time,” Coplan said.

And though there may not have been Xhosa speakers in the Western Cape when the Boers first arrived, the land was by no means empty.

“The Khoi-Khoi and San were already there. They went down to the beach to meet Vasco Da Gama when he landed at Mossel Bay [in 1497] to search for water, and we know this because it’s in his ship’s log,” said Coplan. He added that the subsequent communication of disease and war against the Khoi-Khoi and San by the Dutch was “terrifyingly tragic”.

“I wish parties like the Freedom Front Plus would stop denying what happened … There’s a terrible history of what the white colonialists did here and it must be admitted to,” he said.

Coplan said land reform remains an important issue in South Africa, regardless of which groups had occupied which parts of land.

“African people were here within the borders of South Africa hundreds of years before the Dutch arrived in 1652. Does it really matter if they were in Cape Town?” he said. “We’re all South Africans and we live in a country with borders. The land belongs to all of us and we’re trying to be more equitable about [its distribution].”

At the same time he said that land redistribution was difficult in a sector predominated by agribusiness and commercial farming.

“This is a fantasy scheme of the ANC which the country is now supposed to implement. It’s not serious development thinking,” he said.

Mbeki asked how government would decide who to give the land to, and how those individuals would get the capital and the skills necessary to develop the land. “There’s an assumption that all black people want to be farmers that’s just not true,” he said.

“Black peasant agriculture was destroyed in the 19th century by the British when they created the migrant labour system for the diamond and gold mines. They owned the mines and they needed the labour,” he said. “It’s true that we don’t know our own history.”

Mbeki also questioned the idea of white-minority owned land, saying that many farms are owned by corporations or are mortgaged and so are owned by banks and, indirectly, through the pension funds and medical aid schemes of ordinary South Africans.

Politicians universally panned Mulder’s comments on the issue, both during the parliamentary debate and immediately afterwards. President Jacob Zuma said Mulder had “stunned the whole country” with his “bold denial of historical facts about land dispossession” and said he had been careless and callous in his handling of the matter.

Democratic Alliance national spokesperson Mmusi Maiman said Mulder was using the emotive issue of land to pander to a narrow constituency and that he was denying history, while the Young Communist League said his statements were an example of “archaic white denialism” and called for his resignation.

On Tuesday, ANC spokesperson Keith Khoza told the M&G that the FF+ argument is “displaced from reality” and Mulder’s comments suggest that there are parts of South Africa that should not be redistributed.

“All South Africans are in agreement the current land ownership structure of our country is not congruent with the population dynamics. The minority cannot continue to control the vast majority of productive land,” he said.

According to government, up to 87% of South Africa’s agricultural land is still in the hands of white farmers and the state has met only 8% of its 30% target for land reform.

Khoza said that government’s progress on land reform has been “quite slow” and “onerous” and as such policies must be revised to ensure they are working.

“Like all policies, land reform needs to be constantly reviewed in order to achieve the objectives set out in the mandate given to us by our constituencies,” Khoza said.

He said the ANC still believes all South African citizens should have “equal access and opportunity” to the country’s land — regardless of the history.

An earlier version of this story read that Pieter Mulder had backtracked on his comments. He explained his stance in more detail and said in the article that he stood by his assertions.