Manuel: We need more than the occasional toyi-toyi 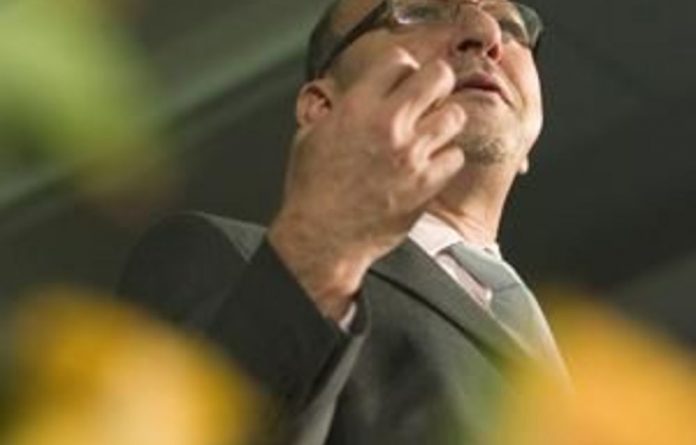 The national planning commission has released a third animated video, this time urging citizens to get involved in making the 444-page plan a reality.

The national planning commission (NPC) has capitalised on the popularity of its explanatory animated videos with the release of a third video summarising the 444-page plan that was published in November last year.

Released on the commission’s Youtube channel on Friday, the clip features nearly eight minutes of animations and a voice-over from the commissioner’s head, former finance minister Trevor Manuel, calling for South Africans to get involved in making the plan to take South Africa to 2030 a reality.

After summarising the plans via a series of sketches, Manuel warns South Africans against relying solely on the government.

“Merely having a plan on a piece of paper doesn’t mean it’s going to happen. Getting everyone involved is very important. People must know their rights and participate,” he says in the video, encouraging South Africans to get involved on their school boards, in community policing forums and more. “All these things speak to active citizenry. People cannot just sit back and say: ‘Well, government hasn’t done this or hasn’t done that yet’ or believe that they can only resolve things by the occasional toyi-toyi.”

The video was the brainchild of Manuel himself, who was inspired by the British site The RSA which uses animations to summarise complex economic and policy issues. It follows two other NPC videos: a summary of the challenges facing the country, which garnered nearly 20 000 views on Youtube; and a case study looking at a fictional character named Thandi.

The release of the video aims to put the plan back in the spotlight after a lull in media coverage. The plan was released on November 11 but was dwarfed three weeks later by the COP17 climate change conference in Durban. Straight after the December holidays followed and then the new year was dominated with news of the state of the nation address and budget speech.

“That’s fine,” said NPC secretariat head Kuben Naidoo. “Our task is not to be on the front page. Our task is to be there to continue engaging with individuals and organisations … It’s a bit late, but we were busy consulting and we wanted to stay out of the traffic of the state of the nation address and the budget speech.”

The commission has been energetic in putting their ambitious plan, with its steps to turn around health, education and more, out to as wide an audience as possible. It is possible the most social media savvy government department with a team manning its Facebook page, Twitter account, Flickr account and Youtube channel. South Africans can also have their say via fax, post or email. It’s part of a drive to make the long and detailed document as accessible as possible.

Naidoo said feedback had been positive with some criticisms that the commission was taking into account. “People liked the fact that it was so comprehensive. But there was also some criticism from various quarters. Some people feel that it’s not bold and visionary enough. Others feel that it doesn’t take technology into account enough or that the state is given too large a role.”

He said Twitter feedback had been substantial but curt, given the medium’s 140 character limit, while the commission had received 345 email responses: “Some are two lines, some are 40-page pieces,” he noted.

Consultation with society, organisations and individuals will continue until May 11, after which the commission will refine the document and present a final version to the Cabinet in June. The commission has spent time consulting with organisations including Cosatu, the National Youth Development Agency as well as an anti-fracking lobby group.

Naidoo also tackled the thorny issue of government buy-in to the plan.

“There is no obligation on the part of government to listen to is,” he acknowledged, regarding the commission’s role as “activists” who must mobilise South African communities and individuals.

“We’re hoping to hold the feet of government to the fire of the people to get them to take action,” he said.

Manuel, meanwhile, ends the video pleading with South Africans to get involved. “We need your ideas, your inputs, your criticisms. We’re not asking you to accept or reject it. Make your contribution. We are waiting for your input.”

Watch the previous two videos below: