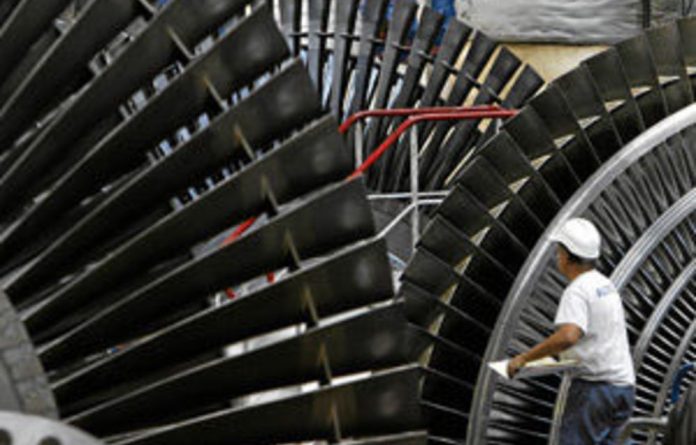 The World Bank has slapped a hefty $9.5-million fine on the Alstom corporation, a major French engineering company involved in the South African nuclear industry, and blacklisted two of its subsidiaries after it admitted to bribing a senior Zambian government official.

The corporation was also fined by Swiss authorities last year after being implicated in bribery scandals in three other countries.

The World Bank fine was imposed after Alstom admitted to an “improper payment” of €110 000 to the official for “consultancy services” when the company submitted a bid to perform bank-funded rehabilitation work on hydropower systems at Victoria Falls.

The bribe was paid in 2002, just two years after France outlawed the payment of bribes to officials in foreign countries.

An Alstom subsidiary provides services for the Koeberg nuclear power station and is a potential player in South Africa’s procurement of new nuclear generating capacity.

Alstom also won the multibillion-rand turbine contracts for the coal-fired power stations, Medupi in Limpopo and Kusile in Mpumalanga, which are under construction.

Alstom spokesperson Isabelle Tourancheau referred the Mail & Guardian to the World Bank’s official announcement and said the company “had no further comment”.

The Zambia Electricity Supply Corporation signed a $45-million contract with Alstom Hydro France in April 2002. The tender was issued in 1999. The World Bank’s $9.5-million fine represents just over 20% of the contract value. The project was completed in July 2008 at a cost of $51-million.

The World Bank declined to name the official who allegedly received the bribe, saying that disclosure could “jeopardise the security of witnesses”.

However, a spokesperson said that the bank has informed the Zambian government of the case and has left it to them “to determine whether or not national legislations have been violated and for them to take subsequent follow-up action”.

Zambia’s Anti-Corruption Commission confirmed it was investigating but declined to name the former official.

Debarred
Two Alstom subsidiaries — Alstom Hydro France and Alstom Network Schweiz AG — have been “debarred”, or blacklisted, from participating in World Bank-funded projects for a period of three years.

Worse still, they have been “cross-debarred” by a range of other multinational development banks that mutually recognise the World Bank’s blacklist.

Parent company Alstom did not escape unscathed. It has been “conditionally non-debarred” — a sanction applied to parent companies that were not directly engaged but whose “systemic failure to supervise made the misconduct possible”.

This is not the first time Alstom and its subsidiaries have been implicated in a bribery scandal.

In November last year Alstom was ordered by Switzerland’s attorney general to pay €31-million for negligently failing to stop bribery by some of its employees, according to a Financial Times report.

In three cases, involving contracts in Latvia, Malaysia and Tunisia, Alstom was found to have used “consultants who used some of the money for illegal purposes, whether to influence the award of contracts or to pay kickbacks to employees”.

The Swiss attorney general said a two-year investigation had not found criminal wrongdoing by the French company and a Swiss affiliate, which “as far as can be ascertained” did not know about the bribes.

But it accused Alstom of “failing to meet the standards for an international group employing more than 75 000 people”, sanctioning the group for “corporate negligence”.

French family
Alstom is part of a “French family” of independent but associated energy-generation and transmission companies that are expected to bid to construct as many as six new nuclear power stations in South Africa, according to a well placed “family” source. Other “family members” include nuclear technology provider Areva and electricity utility Électricité de France.

Alstom is a non-nuclear systems technology provider which specialises in the supply of so-called “secondary” components such as turbines and generators.

Company spokesperson Patrick Bessy said it was “too early” to say whether it will participate in a French bid.

Last week the M&G reported that South Africa had asked Électricité de France to bid together with the China Guangdong Nuclear Power Group.

The department of energy — which is still finalising the parameters of the contract — immediately denied having issued the endorsement.

But a senior executive associated with the French bid but not directly with Électricité de France, and who spoke to the M&G on condition of anonymity, explained that the department’s responsibility was to formulate policy. A directive to the French and the Chinese to bid together would come “from the top”.

South Sudan has nearly run out of foreign currency – and this is just the tip of a much bigger economic crisis.
Read more
Business

International and regional finance institutions such as the World Bank, the IMF and the AfDB have provided emergency assistance, but there still remains a funding gap to effectively fight Covid-19
Read more
Opinion