More fuel increases in the pipeline 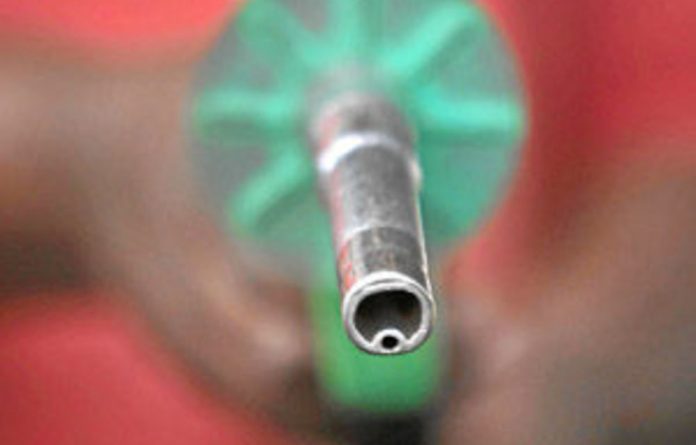 Motorists are in for a rough ride because petrol is likely to cost 80c more a litre in April as fuel levies take effect, oil prices rise and a possible pipeline tariff hike is added to the petrol price.

Fuel is expected to exceed R11 a litre in coming days and the price could breach the R12 mark in April. With estimates for petrol and diesel consumption at 22-billion litres a year, fuel consumers could spend an additional R17.6-billion if the 80c hike is sustained for a full year.

Brent crude oil prices scaled past $126 a barrel this week and traded at its highest price in 10 months. The surge has been sparked largely by tension between the West and Iran, South Africa’s largest oil supplier. Last month the United States imposed new sanctions on the oil-rich country to try to stop its nuclear programme. The European Union joined in.

The department of energy is expected to announce an increase of about 26c a litre of petrol on Friday, which would be implemented on March 7. At current underrecovery levels, this would mean a further overhang of 20c a litre during the accounting month of March. It means prices may have to go up by 20c, if not more, in April again to recoup for rising oil costs, according to Econometrix ­economist Tony Twine.

Last week’s national budget also revealed a further 28c to be added to the fuel price on April 4 as part of the Road Accident Fund and fuel levy.

Stanlib chief economist Kevin Lings said it was certain, at this point, that the fuel price would rise by 50c a litre, but agreed there could be further hikes — possibly pushing the price up by 80c.

The economy, he said, was likely to experience a modest slowdown as price pressures hit consumers because of a rise in input costs. “We are entering that phase of the economic cycle where we see unsecured credit go up — [either] that, or consumers cut back, in which case other parts of the economy, like retail, suffer.”

Lings said tax on fuel had been rising systematically, at least on par with or above the inflation rate. “Consumers are also harder hit because there are not many public transport options.”

The higher-than-normal fuel taxes, he said, were timed badly because of the global oil situation and the relative fragility of the local economy.

But amid this financial strain on fuel consumers, another cost burden is waiting in the wings.

This month the National Energy Regulator of South Africa (Nersa) is expected to decide on another pipeline tariff increase for transport parastatal Transnet, which could add a further 6c to the fuel price.

In the February 2011 budget the fuel levy and Road Accident Fund hikes totalled 18c, said Twine, but the actual fuel adjustment last April was 25.5c. The additional 7.5c a litre was for a pipeline tariff adjustment awarded to Transnet by Nersa but never reflected in the budget.

“It was announced as a last-minute portion of the price adjustment and the question now is whether there will be any further increase during 2012,” Twine said.

Transnet’s new multiproduct pipeline, for which R23.4-billion must be recouped, has been riddled with delays and rising costs. But following a 59.9% increase in pipeline tariffs last year, Transnet has proposed a further 27% hike for this financial year. The regulator is scheduled to meet about this matter on March 15 and an announcement on pipeline tariffs will be made thereafter.

The increases are intended to allow Transnet to recover its investment in the network and earn a return on such investments, the parastatal said. But detractors have long complained that pipeline tariffs to transport fuel are simply too high — a bill the consumer pays.

Former BP chief executive Sipho Maseko claimed that last year’s pipeline tariffs “exceed the global average by over 400%. At this high input-cost level, business viability is at stake and will inevitably lead to major job losses in Gauteng.”

But Rod Crompton, the Nersa member responsible for petroleum pipelines, said the regulator had analysed the claims and found their “global benchmark” relied on a single company, rather than on any kind of industry average. They also ignored fluctuations in the exchange rate.

Nersa, Crompton said, conducted a benchmarking exercise, although a scarcity of pipeline data did not allow a broad-based global comparison. But, based on the efficiency metrics in Nersa’s discussion paper, Transnet was found to be better in some instances and worse in others. “When compared to four North American comparator companies it was benchmarked against, it never ranked as the worst of the sample.”

Jeff Makholm, senior vice-president of Nera, a US-based global economic consultancy, told the Mail & Guardian there were no international benchmarks for petroleum pipelines because reasonable prices were driven by the age, size and length of the lines. “Local geography and the sources and destinations of fuels drive the design of systems and would set the level of reasonable prices.”

But Makholm said the reasonableness of prices depended on whether they reflected the cost of the lines, as well as the prospect of rivalry between competitive pipelines. Both were problematic in South Africa, he said, because Transnet did not use the cost of its lines as the basis for tariffs. “It uses separate valuations instead, which are, in my opinion, excessive. More problematically, Transnet strives to maintain a monopoly in pipeline transport in South Africa, a counterproductive attitude in an industry shown in the United States to be highly competitive.”

Regarding the issue of competition, Transnet spokesperson Mboniso Sigonyela said the parastatal was “awarded a construction and operating licence for the multi-product pipeline by Nersa following a public competitive process”.

Transnet defended the tariff increases, saying it had submitted its required revenue to Nersa for approval and the application was based on a methodology the regulator had approved for petroleum pipelines.

Sigonyela said Nersa calculated “allowable revenue” for Transnet Pipelines after taking into account the projected volumes through the pipeline. He said Nersa had opted not to use the “cost of lines” basis, but rather a system approach, because it regarded Transnet’s pipeline network as an integrated system and had issued one operating licence for it.

It was Nersa, he said, that determined and set the tariffs. The Transnet pipeline network, until the introduction of formal regulation, was built on the mandate of the state at the time. The value of this system was set and approved by the regulator, he said.

Sigonyela said it was unfair to say the fuel price is excessive due to Transnet, “pipelines are the most cost effective mode of transporting fuel,” he claimed.
He said it must be noted that tariff increases are primarily due to bringing new assets into operation.

Transnet has also requested that additional funds be permitted to be recovered to meet a cash interest cover ratio of three times, which results in a revenue increase of 83%. “Meeting a cash interest cover of three times enables Transnet to access the capital markets at reasonable rates so that it can fund its construction programme, primarily for enhancing infrastructure capacity,” he said.