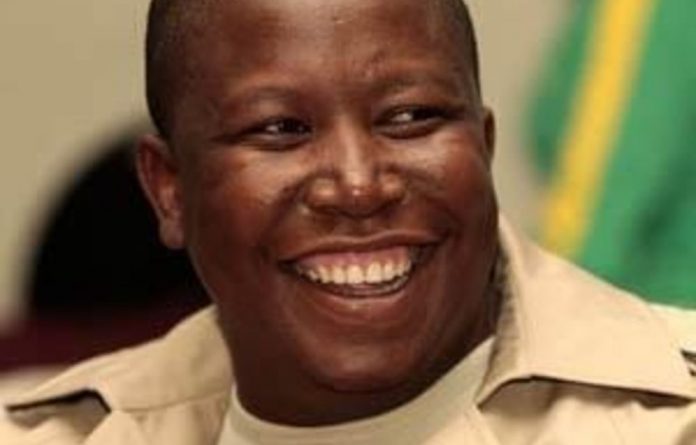 “There are those who celebrated my expulsion by coming to my grandmother’s house [in Seshego] with petrol bombs and bullets,” Malema said.

He was speaking at the ANC Women’s League (ANCWL) general conference held at the Jack Botes Hall in Polokwane.

“My grandmother is now being executed for my deeds and political beliefs but none of the ANC leaders has come out condemning these intimidations.”

Malema, who was celebrating his 31st birthday on Saturday, was given a birthday cake by the women’s league. It was decorated in the green and gold colours of the ANC.

A son to some
He vowed to never leave the ANC despite being expelled.

“Unlike [Mbhazima] Shilowa and [Mosiuoa “Terror”] Lekota — who left the organisation — I am going to die in this movement,” he said amid praises from women’s league members.

Women’s league members chanted: “Our son — the true son of the Limpopo women.”

Provincial ANC chairperson Cassel Mathale, who sat next to Malema, referred to him as the president of the youth league and praised him as a “true comrade”.

“You are welcome our son — you will remain with us throughout, we shall never divorce you. We will even come to you to seek advice,” Marutha said.

One of the best?
However, Marutha said the women’s league respected the decision of the national disciplinary committee.

“We respect the decision … but as women we cannot chase away our child simply because he is [a] delinquent.

“Juju is just a straight forward talking person and we are not aware of him being disrespectful.”

Earlier the province’s youth league chairperson Frans Moswane told the gathering Malema was one of the best young people in Africa.

“He was not parachuted to the leadership position but was groomed from the branches.

“He was not elected by the NDC, but by the ANC Youth League delegates and he will remain our president until 2014.”

Malema was expelled from the party on Wednesday for sowing divisions in the ANC and for bringing the organisation into disrepute. — Sapa