Sarkozy’s political career could be over 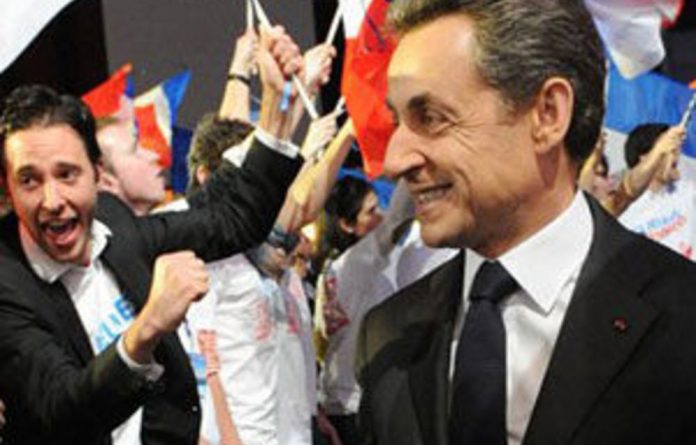 French President Nicolas Sarkozy on Thursday admitted publicly that he would quit politics if he lost next month’s election, as his socialist challenger pressed home his attacks on the incumbent’s record.

“I tell you, yes,” he replied when asked on a television programme if he would withdraw from public life if, as opinion polls predict, he loses to socialist Francois Hollande in the two-round vote in April and May.

But Sarkozy made it clear that he had not thrown in the towel yet, announcing a raft of new measures after a week that saw his re-election campaign take a sharp turn to the right on integration and immigration issues.

He told BFMTV he was working on a new plan to help France’s underprivileged and unruly suburbs, a fund to help single mothers and extra measures to stop people cheating on social security benefits.

Sarkozy has failed to narrow the gap with Hollande — who has enjoyed a clear opinion poll lead for five months — and this week pulled out all the stops to revamp what many critics say has been a lacklustre campaign.

In a marathon three hour television interview on Tuesday, he declared that there were too many immigrants in France and that the country’s attempts to integrate foreign arrivals into its culture and society had become paralysed.

Bitter disputes
That statement came as French Jewish and Muslim leaders united to complain they were being used as pawns in a presidential election increasingly dominated by bitter disputes over national identity and ritual slaughter.

Sarkozy picked up on a debate about halaal meat — initially launched by anti-immigrant National Front leader Marine Le Pen — and declared that its spread in butchers’ shops was a major problem for the French.

That fuelled accusations that he was pinning his hopes on catching up with Hollande — in what appears to be shaping up as a clear two horse race — in winning back voters who lean towards the National Front.

Others accused him of being side-tracked by side issues at a time when France was struggling to generate growth and to escape the eurozone financial crisis.

Hollande, who has never held a ministerial post and whose ex-partner Segolene Royal lost to Sarkozy in 2007, this week pressed home his attacks on his rival’s record in five years at the Elysee palace.

He mocked Sarkozy’s plan — announced on Tuesday — to slap a new tax on the profits of listed companies which he said would bring in up to €3-billion a year to help cut the public deficit.

“Nicolas Sarkozy has realised at the end of his term that some of the country’s biggest companies … escaped paying tax,” he said on Wednesday.

Favouring the rich
“It would have been a better idea to do that in 2007,” said the 57-year-old, who hopes to become the first socialist president since Francois Mitterrand was re-elected in 1988.

Sarkozy has been accused of favouring the rich but in recent weeks has tried to dispel that image by announcing he wants to ban big pay-offs to corporate bosses and to hit big firms with more tax.

Hollande for his part has declared that the “world of finance” is the adversary and said he wants a 75% tax rate on annual income above €1-million.

A CSA opinion poll on Tuesday forecast that Hollande would take 30% of the vote in the first round of the election, with Sarkozy at 28% and Le Pen in third place with 15%.

The first round will take place on April 22, followed by a second-round run-off on May 6. All recent opinion polls predict Hollande victory.

Sarkozy had previously said he would withdraw from politics if spurned by voters. But those remarks — made to reporters during a trip to French Guiana — were meant to be off the record. — Sapa-AFP