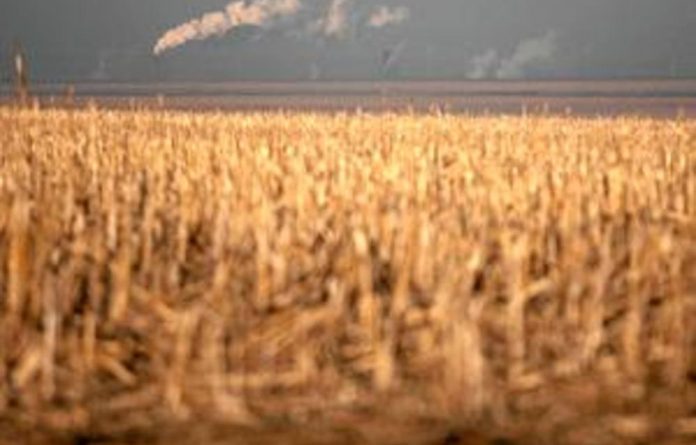 The ANC appears ambivalent about introducing a carbon tax if its policy discussion document on state intervention in the minerals sector is anything to go by.

The document was released on Monday, barely two weeks after the treasury, in its 2012 budget, announced plans for a carbon tax as early as 2013-2014.

Although the ANC laid out plans for a resource rent tax (RRT) instead, the two taxes showed remarkable similarities, according to local experts.

In its document the ANC stated that the carbon tax “could be extremely damaging to our economy and should be put on hold”. It was deemed costly and would “potentially render many energy-intensive beneficiation operations unviable”. The report stated that the carbon tax should be “reconfigured”, possibly by a higher resource rent tax linked to carbon emissions and a basket of supply and demand side measures to reduce emissions.

The ANC proposed, after a normal return on investment was achieved, roughly about 15%, a resource rent tax of 50% on all mining yields. It was estimated this would yield R40-billion a year.

But in its discussion document on social transformation, the ANC highlighted the need to put a price on carbon, other pollutants and “the overexploitation of a scarce resource though mechanisms such as taxes, natural resource charges or tradable permit systems”. It also highlighted the need to introduce policy measures to support mitigation efforts, including developing carbon budgets for significant greenhouse gas emitting sectors and subsectors.

Tax just over a R100 a tonne
The treasury proposed, above agreed-upon thresholds, a tax of R120 a tonne of carbon dioxide equivalent emissions. According to the Budget Review, a basic tax-free threshold of 60% was envisaged. But the treasury suggested a higher tax-free threshold for process emissions and limitations of the cement, iron and steel, aluminium and glass sectors to mitigate emissions over the near term should be considered.

It stated that there should be additional relief for trade-exposed sectors or industries up against international competitors that did not face similar taxes and emphasised the necessity of a phased approach, which began modestly and increased over time.

The treasury is due to publish a draft policy paper on the implementation of a carbon tax by April.

Private sector sceptical
But the private sector has grave reservations over the implementation of such a tax and particularly over the threat it would pose to the competitiveness of South Africa’s carbon-intensive mining and manufacturing industries.

This is compounded by the fact that South Africa’s electricity generation accounts for about half of all the country’s greenhouse gas emissions.

Peet du Plooy, programme manager for sustainable growth at research institution Trade & Industrial Policy Strategies, outlined the many similarities between the two proposals.
Both, he said, could be considered as environment-related taxes as they were levied on natural resources, namely minerals and carbon emissions. Both aimed to price scarce commodities and were tools to improve intergenerational equity, he said.

Even the form of the two taxes was similar, he said, with the carbon tax kicking in only above a certain threshold, similar to the existing carbon tax on vehicles.

“A carbon tax that kicks in only above a certain threshold acknowledges that, in the course of economic activity, some carbon emissions are inevitable and, in the short term, unavoidable,” said Du Plooy.

“The revised form of the carbon tax is, in a way, a tax on excess carbon emissions. The rationale for the RRT is similar. It recognises that, for mineral resources to be extracted, the companies that do so must be able to make a profit but argues that an excess profit, or rent, is neither sustainable nor fair.”

The way in which the tax would be levied — through rates, thresholds and exemptions — as well as how the revenues were used were of massive significance, Du Plooy said.

Carbon tax to be reinvested?
The treasury’s carbon tax model, done by the United Nations University World Institute for Development Economics Research, showed that if the revenues were recycled in the form of tax breaks on income, for example, there was a small negative impact on gross domestic product (GDP), he said. But if the revenues were reinvested, there was a significant positive overall impact on GDP.

Both a resource rent tax and a carbon tax should be implemented at modest but escalating rates to avoid a shock to the economy, Du Plooy said.

The revenues should be combined to fund an offshore, independently managed sovereign wealth fund with a specific investment mandate. This could include investments in low-carbon technology, green infrastructure and securing strategic minerals. It could also target currency stabilisation, although this mandate would have to be managed separately.

But, he said, there were risks attached to carbon taxes. “Unless a way is found to reduce the impact on the poor, such as free basic electricity, a carbon tax would disproportionately affect them.

“At high levels it can also put some competitiveness strain on energy-intensive and export-exposed sectors.”

But he said that studies done by the University of Cape Town’s Energy Research Centre on the application of carbon taxes on South African exports showed that they would have a small negative impact on energy-intensive and export-exposed sectors, mainly on the non-ferrous metals such as aluminium and coal. But this could be offset largely by participation in global carbon markets.

These agreements would require companies to “undertake mitigation or related activities to qualify for temporary relief from carbon pricing and are thus likely to be more acceptable to policymakers than simple time-bound relief mechanisms”.

But, given the lack of capacity in both the private and public sectors to implement these, it recommended that they should be confined to a small set of commitments that were easy to verify and the sectors included should be kept to a minimum.

Richard Worthington, manager of the climate change programme at the WWF, said that a resource rent tax should not be implemented before a carbon tax.

“If you don’t have a carbon tax and introduce an RRT, you provide the government with an incentive not to introduce a carbon tax because they are already receiving additional revenue,” he said.

“There is also an incentive to keep the cost of carbon emissions to society as a whole externalised. In principle we should deal with the cost borne by society as a whole first.”
But this was not to say that a resource rent tax did not have merits and should not be implemented, he said.