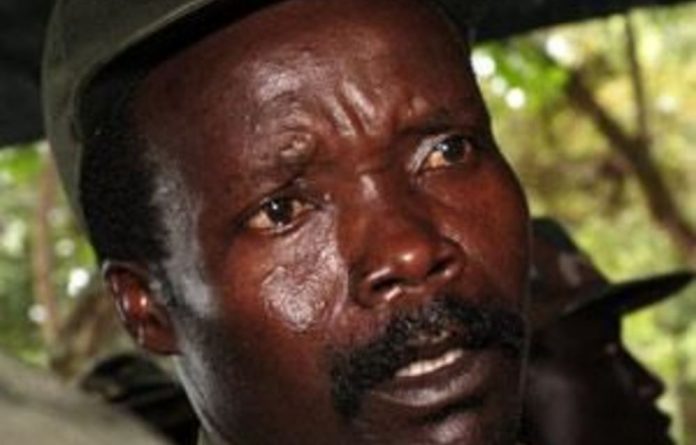 Last week the internet was swept up in a furore over a Ugandan warlord who has been skulking around East Africa for 20 years.

The cause of the sudden interest in this violent self-proclaimed prophet famous for brutalising young children?

The half-hour video, released by US-based charity Invisible Children, is a slick production aimed primarily at children, which calls for help in arresting the Joseph Kony, disarming the Lord’s Resistance Army — the guerilla group he leads — and bringing home child soldiers.

Internet users embraced the cause along with the Twitter hash-tag #stopkony but activists and academics have taken issue with the video and its creators. They have said the video oversimplifies the complicated political situation in Uganda and that its facts are outdated and in some cases simply incorrect.

The clearest criticism of the video is that Kony is no longer even living in Uganda, and has not been for at least six years.

Recently the internet has been swept up in Kony 2012 fever due to a viral video made by a US-based charity Invisible Children. The Mail & Guardian looks at Joseph Kony’s life and activities over the last 50 years.

The Mail & Guardian has compiled a timeline of Joseph Kony’s life and activities over the last 50 years.

1963: Joseph Kony was born into an impoverished rural family in northern Uganda. He was an altar boy in his youth and dropped out of school to become a traditional healer.

1986: Yoweri Museveni, then leader of the National Resistance Movement, seized power in Uganda and declared himself president. Members of Uganda’s ethnic Acholi population felt alienated as the leader deposed by Museveni had been from their region. They revolted against Museveni’s leadership.

1986: Alice Lakwena, believed to be a medium who received visions from God, led a rebel group of northern Uganda’s ethnic Acholi in attacks against Museveni’s forces. Lakwena convinced her followers that if they anointed their bodies with oils, they would be bullet proof and that they did not need weapons as the stones they threw at the enemy would be turned into explosive grenades. The group was smashed by Museveni’s army and Lakwena fled to Kenya.

1987: Kony proclaimed himself a prophet and took charge of what remained of Lakwena’s group, the Holy Spirit Movement. This formed the seed of what would later become the Lord’s Resistance Army (LRA).

1998: Kony, now leader of the LRA, became a key figure in the regional struggle waged in northern Uganda. He declared himself a prophet with mystical powers and claimed that he wanted to overthrow the Museveni government and replace it with one based on the Bible’s Ten Commandments.

The LRA was initially supported by people in northern Uganda but as resources diminished it turned against the group.

The LRA in turn began to victimise the Acholi. Kony seems to believe it is his duty to cleanse the Acholi people, as they failed to support the LRA.

In the years that followed the group plundered villages, killed tens of thousands of people, raped and mutilated civilians, abducted thousands of children, and uprooted over two million from their homes. The group became known for slicing off the lips and ears of its victims.

Children abducted by the group are forced to become child soldiers or prostitutes. They were made to believe that Kony had mystical powers and could communicate with the Holy Spirit.

The LRA’s cross-border raids also destabilised Uganda’s neighbouring countries. At its high point in the 1990s, the LRA had about 10000 members who operated in the border regions of South Sudan, the Democratic Republic of Congo and the Central Africa Republic.

1994: The LRA gained the backing of the government of Sudan. The Sudanese government hoped to use the LRA as a proxy in its fight against the Ugandan government, which had supported rebels in Sudan.

2005: The International Criminal Court issued a warrant for Kony’s arrest. He was charged with human rights abuses, murder, rape, abduction and the enslavement of thousands of children. Kony pleaded not-guilty and continued to elude officials in Uganda. Later in the year, the LRA fled the country.

2006: In May, Kony surfaced for the first time in 12 years for negotiations with the Ugandan government. A ceasefire was declared in August but negotiations for peace dragged on for over 18 months.

2008: In April, the Ugandan government and the LRA agreed to peace but when the day came to sign the peace agreement, Kony was nowhere to be found. At the time, Kony was believed to be operating from a base in the Central African Republic.

By November, Uganda’s neighbours threatened to join forces in an attack on the LRA if Kony does not sign the peace agreement. The US backed air-strikes and ground attacks against the groups forces in the DRC.

2011: In October, US President Barack Obama authorised 100 armed military advisers to assist Uganda in the search for the leadership of the LRA. During the Bush administration, the US also sent counterterrorism advisers to Uganda to train troops and provided millions of dollars worth of funding to the Ugandan army.

March 2012: In early March, the US-based charity group Invisible Children releases a video which it says “aims to make Joseph Kony famous to raise support for his arrest”. The video went viral with over 74-million views on Youtube in a matter of days.

Kony has not been seen in Uganda for at least six years. It’s estimated that the LRA, which continues to operate in South Sudan, the DRC and Central Africa Republic now has no more than 400 members left.

We look at the history of Joseph Kony