Khune careful not to underestimate opponents 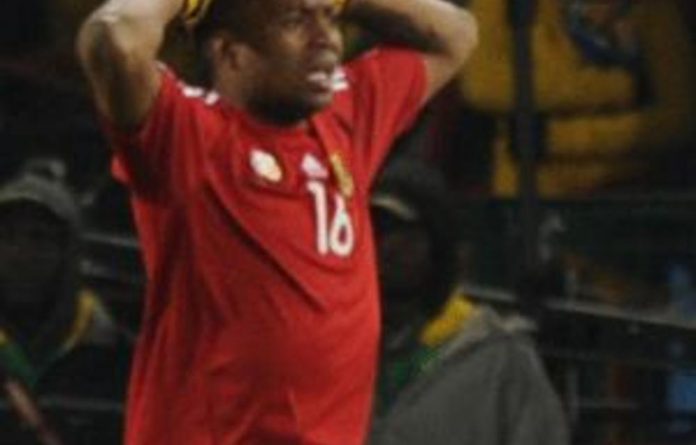 Kaizer Chiefs captain Itumeleng Khune says his team cannot afford to underestimate any of their upcoming opponents in their search for silverware.

Khune was speaking at the Nedbank Cup last 16 draw in Johannesburg on Monday, where Chiefs were pitted against lowly Black Leopards.

“We can’t underestimate them, we have to go out there and take the game seriously in order to proceed to the next round,” Khune said.

The goalkeeper said although Leopards’ form in the Premier Soccer League (PSL) had been poor, the prospect of playing against the Soweto giants was enough for any team to play above themselves.

“We are all aware that Leopards have not been doing well in the past, but clubs are motivated to play against Chiefs, they will obviously have to up their game when they play against us,” Khune said.

Khune wants to reach the final
Despite this, Khune wants his side to go all the way to the final, having not won silverware for some time.

Kaizer Chiefs progressed into the last 16 thanks to a 3-0 win over Cape Town All Stars at the FNB Stadium earlier this month, while Black Leopards beat Division 1 outfit Blackburn Rovers 2-0 at the Giyani Stadium on Saturday.

Khune is happy with his side’s last Cup outing and believes being drawn with a fellow PSL team means a more difficult run-in to the final but Chiefs should always be in a position to compete for the trophy.

“We have been drawn against a PSL side, so it’s going to be a tough one, but a club like Kaizer Chiefs should be looking to go all the way to the final,” Khune said.

He warned against complacency, especially against lesser opponents, if his team were to lift the Cup in May.

“In this competition, there are never easy games. When we thought we had easy games, the teams caught us by surprise, especially teams from the lower leagues,” the Bafana Bafana goalkeeper said.

Leopards doing well in Africa
Despite fighting relegation in the PSL, Leopards have found success outside South Africa in the Confederation of African Football (Caf) Confederations Cup, where they beat Zimbabwe’s Motor Action at the beginning of the month to progress past the preliminary round.

Khune believes Leopards have gained plenty of experience playing in the continental competition and will be a boost to their Cup aspirations.

“With Leopards’ experience of having played in the Caf Confederations Cup this year, they will be motivated to play against Chiefs,” he said. We have to be careful not to go there and underestimate them.”

Chiefs have had to spread themselves thinly this season, competing in the Nedbank Cup and Telkom Knockout, while challenging for the PSL.

Chiefs looking to open the gap
Khune’s men are in second place on the PSL standings, equal on points with Orlando Pirates whom they face on Saturday in their highly anticipated Soweto derby.

“We haven’t played for a while so we will play Pirates with fresh legs, then look forward to the Cup game,” Khune said.

Chiefs will look to put rumours of off-the-field tensions behind them, but Khune was adamant that coach Vladimir Vermezovic had not lost control of the dressing room as earlier reported.

“We don’t have problems in our camp. People shouldn’t believe whatever they read in the papers. The players are happy, the coach is happy, so we are just looking forward to our upcoming games.” — Sapa

With a nation watching, Jomo Cosmos is one side look to use the Nedbank Cup to rediscover their prestige.
Read more
Advertising
Continue to the category
Education