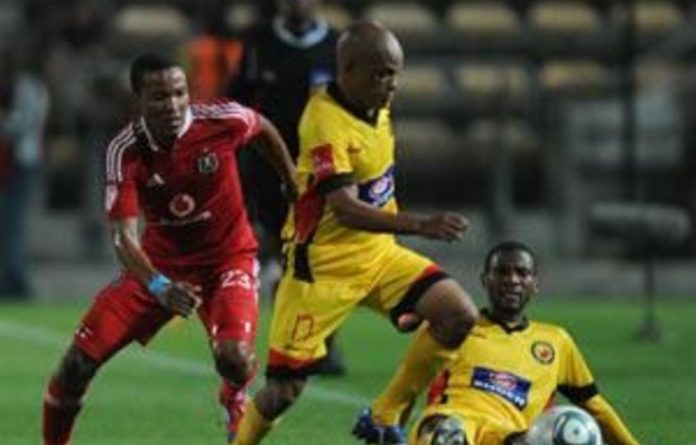 Orlando Pirates coach Augusto Palacios made a disastrous start to his latest caretaker spell on Wednesday as lowly Santos triumphed 3-0 at Athlone Stadium in the Premier League.

Defending champions Pirates would have climbed to second place — one point behind leaders Mamelodi Sundowns — with a victory but never looked like collecting maximum points after falling behind 94 seconds into the first half.

Inspired by playing such illustrious opponents, Santos scored twice more within 10 minutes during the second half and moved five points clear of the relegation zone with 11 rounds left in the national championship.

Palacios must revive the confidence of his dejected squad swiftly as they face second-place Kaizer Chiefs on Saturday in a Soweto derby and Sundowns three days later in Pretoria.

“The early goal was a big blow and we did not take our chances,” admitted the Peruvian, who twice before has filled the caretaker role for the 1995 African champions.

Looking for consistency
Santos coach Duncan Crowie said: “That early goal put Pirates on the back foot and we hardly gave them a scoring chance. Now we have to achieve consistency — it is no good beating Pirates and losing to lesser clubs.”

Erwin Isaacs punished a defence that reacted slowly to a long ball for the first goal, a glancing Rodgers header made it 2-0, and he completed his brace by racing through and firing over goalkeeper Moeneeb Josephs.

Moroka Swallows joined Pirates on 33 points with a 1-0 win at Free State Stars courtesy of an early goal from David Mathebula, which veteran striker Siyabonga Nomvethe set up.

Maritzburg United confirmed their recent superiority over Bloemfontein Celtic by following up a 2-0 South African FA Cup win with a league victory by the same score thanks to goals from Nigerian Prince Olomu and Kurt Lentjies.

Platinum Stars edged Lamontville Golden Arrows 1-0 in a Rustenburg clash of bottom-half clubs, with Thuso Phala netting the early second-half winner after team-mate Ntsikelelo Nyauza had been red-carded for a dangerous tackle. — AFP