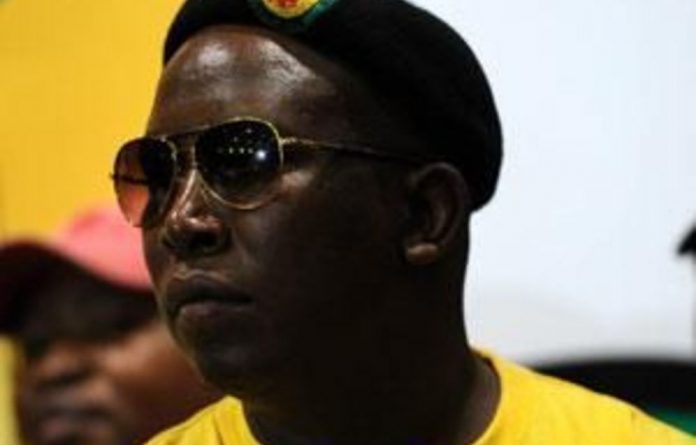 The war of words between the ANC Youth League its parent body heated up on Friday with each side firing off bitter salvoes after comments made by President Jacob Zuma at a business breakfast in Port Elizabeth.

The league said Zuma had made “shocking” statements, and accused him of unduly influencing the members of the party’s national disciplinary committee of appeals (NDCA) and of undermining the disciplinary process, which could lead to the expulsion of youth league president Julius Malema.

But the ANC hit back shortly afterwards with a statement of its own, saying it was “disgusted” by the youth league’s response to Zuma’s comments on the disciplinary process.

The public spat erupted on Friday after Zuma, speaking at a business breakfast hosted by the SABC and the New Age newspaper in Port Elizabeth, said the youth league should accept that it needs a new president and “move on”.

Zuma is reported to have told attendants at the breakfast that “once the process of disciplinary procedures has been concluded there will not be anything else to do thereafter — the youth league will have to move forward”.

Malema was expelled from the ANC in February following a lengthy ANC disciplinary hearing and appeals process, which found him guilty of sowing division in the party ranks. He was disciplined for portraying Zuma in a negative light and for calling for regime change in Botswana.

The youth league has not accepted the party’s ruling and is determined to exhaust all its options for overturning the ruling, short of going to court. Malema submitted an appeal this week but the disciplinary process is still unfolding.

Speaking at the breakfast, Zuma acknowledged that Malema’s appeal process was still underway but said that “at the end of the day [it had] drawn to a conclusion”.

The youth league, which has long maintained that the disciplinary process was biased, has seized on Zuma’s comments as proof of this.

The league complained that judgment has been issued on a process that had not yet begun.

“As a president of the ANC and country, President Zuma is unduly influencing the members of the NDCA to come to a conclusion which he has already announced publicly,” it said.

The league said it would “consult with relevant structures of the movement and other officials of the ANC to determine whether we should go ahead with the NDCA process when the president of the ANC has already announced its outcomes”.

Despite the strident tone of the league’s release, youth league spokesperson Magdalene Moonsamy told the Mail & Guardian the statement was “not a defiance of any kind” and that it did not mean that the league would be taking a decision on whether or not to continue with the NDCA.

Rather, it sought to engage with the ANC to understand the way forward in light of the president’s statements. “We’re now finding ourselves in a conundrum, where the perception has been created that a decision [on the appeal] has already been taken,” she said.

“The president [said that] ‘should the NDCA uphold the NDC ruling, the youth league will have to appoint a new president’. The response of the president on this matter is not only correct, it is also consistent with ANC constitution,” he said.

Mthembu accused the youth league of pre-empting and “agitating” against the findings of the disciplinary process. He added that the ANC was concerned about the league’s “public rebuke” of Zuma, which showed a lack of respect for the president and the collective leadership of the ANC.

“This matter could have been handled in a dignified manner as opposed to public false accusations,” he said.

This public dispute, in a party that highly values the internal resolution of disagreements, is an indication of the degree to which the relationship between the ANC and its youth arm has deteriorated in the heated political environment leading up to Mangaung.

The youth league last week angered some senior members of the ANC by joining the Cosatu march, which called for the scrapping of e-tolling on Gauteng’s highways and the banning of labour brokers, two issues that the ANC has rejected.

And, although it has not officially declared its support, the league has made it clear that it wants Kgalema Motlanthe to be the next president of the ANC. It also wants former youth league president Fikile Mbalula, currently sports minister in Zuma’s Cabinet, to be secretary general.