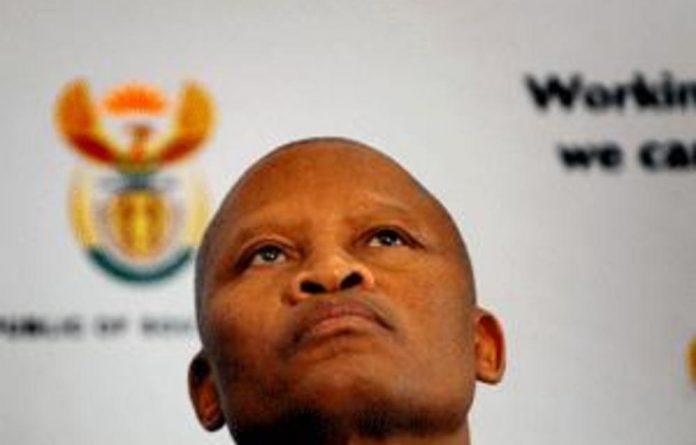 American Christian evangelist John C Maxwell is one of the most famous motivational speakers in the West, which says something about the depth of his talent. He is also successful at writing and selling books which can be seen at many a home in South Africa. By all accounts an opportunity to hear him speak should not be sniffed at.

This is probably what went through the mind of our chief justice, Judge Mogoeng Mogoeng when he asked that an urgent email about Maxwell be sent to his Constitutional Court colleagues this week. According to the email and the brochure attached thereto, Maxwell would be one of the keynote speakers at a leadership conference on March 12, near Midrand.

The email ‘requested Heads of Court or Judges President and their Deputies, or the most senior judges in divisions where there are no Deputy Judges President — to be available for the abovementioned leadership conference”.

The chief justice’s office says attendance at the conference was not compulsory. In any event, it seems none of the judges went, and it is difficult to ascertain how any invitation could have made attendance at such a conference compulsory anyway.

SA’s constitution and religion don’t intertwine
It is, however, important to reflect on the chief justice’s decision to invite his colleagues to begin with. While South Africa’s Constitution unequivocally guarantees freedom of religion, it is also careful not to integrate religion into any institutions of state.

The courts are one of the three critical arms of the state and the provision that keeps religion separate from their conduct is equally applicable to them. This separation of religion and the professional work environment is not limited to the courts. It would be considered unwise for any company to encourage its employees to attend such gatherings, unless the purpose of the organisation is clearly linked to the religion concerned, and unless employees signed up knowing this would happen from time to time.

Many South Africans subscribe to different sects of the Christian faith, and would probably take no offence at being invited to attend such a conference in their personal capacities. A safe assumption can be made that this would also apply to judges and other judicial presiding officers, such as magistrates. Yet when such an invitation comes from institutional offices, a concern has to be raised about a possible conflict with the spirit of our Constitution.

We can be confident that judges’ characters are probably too strong to be intimidated by the implied authority of the office of the chief justice on this matter, but the possible duress arising out of such an invitation from such an authority is not to be underestimated.

Maxwell could alienate judges of varying religious beliefs
Maxwell is a devout Christian and pastor, and one of his principles is ‘making faith a priority”. His brand of motivation is therefore deeply founded in the Christian faith. It is unlikely that he would have adapted to secular content to cater for the presence of judges who may not be Christian, and who are bound by law to show no bias towards any particular religion. Besides, starting a practice where the highest office in the judiciary encourages sitting judges to attend events that have an overtly religious ethos and tone to them is problematic in a country with a secular constitution and jurisprudence.

Mogoeng’s request probably fails another test too. Attendance at the conference is not free, and neither are the offered products, which include books and DVDs. Irrespective of its religious credentials and foundations, the event was a commercial enterprise. Some would say that the chief justice used his office to promote a private commercial enterprise. This is unlikely to have been his core intention, but others who run similar business enterprises could have had reason either to be envious or aggrieved that such an influential office of state selectively promotes some and not others, for no apparent rational reason.

An argument could be made that this was a simple oversight on the part of the chief justice and he intended none of the possible dangers of his actions. But questions have to be raised about the maturity of his judgement and the impact of such blunders on his credibility as an impartial judicial presiding officer.

Would a litigant in a matter involving a religion other than Christianity feel confident that the chief justice could impartially apply his mind without succumbing to his religious prejudices? Such a litigant’s doubt is entirely possible — and undesirable.

Citizens’ confidence in the impartiality of the courts is paramount in maintaining their credibility and authority. Any actions that deliberately or inadvertently undermine that confidence must be nipped in the bud.

Religion trumps the constitution
It may be unthinkable in South Africa that a judge might one day exhibit a profound ignorance of the constitutional imperative to separate religion and the state, but it has happened before. In 2008, Chief Justice Roy Moore of the Alabama Supreme Court in the United States was removed from office after having erected a monument of the Biblical ten commandments in the grounds of the state judicial building. He said he wanted to ‘remind all Alabama citizens of his belief in the sovereignty of the Judeo-Christian God over both the state and the church”.

The road to such an eventuality may begin with small infringements of the principle of separation of church and state and later become an avalanche with a life of its own.

Outside of their judicial cloaks, judges are human beings and citizens with rights, and must be allowed to practise their faith in a way that fulfils their individual freedoms.

This, however, also means that judges such as Mogoeng must always remember to respect the expected religious and general impartiality of their offices before ‘requesting” colleagues to attend such conferences.

Disaster vs separation of powers