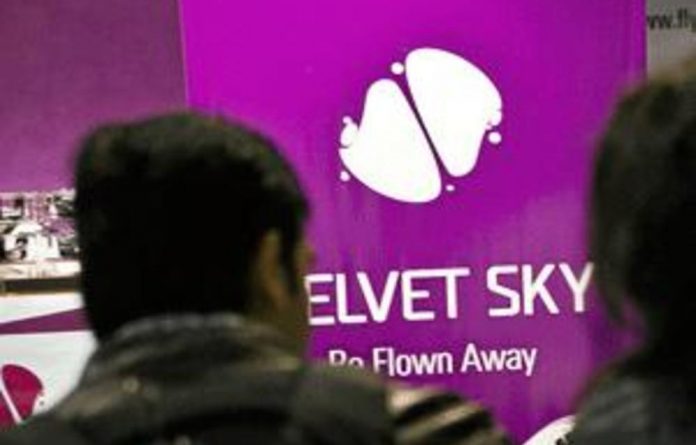 Irate Velvet Sky customers who paid cash for their tickets should receive their money back because R500 000 has been set aside should the struggling low-cost airline fold.

The Air Services Licensing Council in the department of transport will issue an airline with a licence to fly only on condition that sufficient funds — or a consumer guarantee — are available to refund cash-paying customers should the need arise.

The money is lodged with Absa Bank, in favour of the licensing council, which means no one can touch it until the company is liquidated.

Although the airline said it was in the process of refunding money, if it did experience any further misfortune, cash-paying customers would not lose their money.

“Before a licence is issued an airline is required to submit a projection of revenue over six months and further estimate how much of this will be cash and how much will be paid by credit card,” said Thobeka Njozela, chairperson of the council. “The projected amount for cash sales must be provided for upfront before any licence is issued.” Those
who had paid for their tickets with credit cards were even easier to refund than cash buyers because the payment was delayed by 55 days, she said.

Velvet Sky chief executive Dhevan Pillay said that depending on the season, daily revenue could range from R600 000 to R1.5-million. Cash sales accounted for less than 10% of this.

The consumer guarantee, which was only suitable to cover cash sales for less than three months, was re-evaluated each year by the council, Njozela said. But she noted that Velvet Sky had not been in operation for 12 months — the low-cost airline took to the skies in March last year.

Consumers angered by suspended flights
Stranded consumers have grown increasingly angry over the past three weeks as flights have remained suspended. The crisis began on February 27 when fuel supplier BP brought an application to liquidate the company in response to an unpaid bill of R29-million.

Pillay told the Mail & Guardian liquidation proceedings had since been adjourned indefinitely.

This step was taken comes after another creditor, Umzamo Transport Services, which is owed almost R4-million, launched an application to set out a business rescue plan to save the airline. Umzamo was given until April 10 to file supplementary papers in support of this application.

BP will now participate in the business rescue application, although it is still within its power to relaunch the liquidation application.

Pillay told the M&G the airline was already refunding customers. “We will not abdicate our responsibility in this regard. It usually takes 14 days, but the delay is because of having to processes larger amounts of refunds than usual.”

He said the airline was also busy restructuring its schedule and flights would probably resume on Monday. “We are still very much in business.”