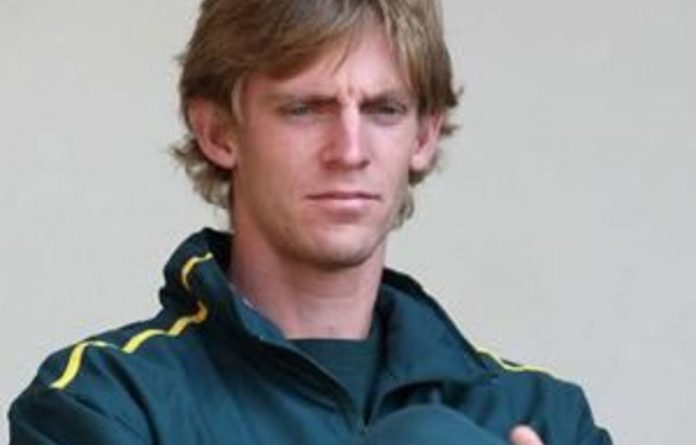 This was revealed by South Africa team captain John-Laffnie de Jager on Tuesday after Anderson, the world no. 28, South Africa no. 2 Rik De Voest and Fritz Wolmerans declared themselves unavailable for the tie.

A victory is needed against Slovenia to qualify for the World Group playoffs for the fourth year in succession.

“Kevin told me that while he is in the process of obtaining his green card he is not able to leave the US without a visa,” De Jager said.

“Without the visa he would be unable to travel to South Africa early next month for the Davis Cup tie.”

A force to be reckoned with
De Jager said Anderson had been aware of the dates for the Slovenia tie for some time and an earlier application for a visa might have avoided the problem.

“It will be interesting to see if Kevin has his visa to travel to Europe for the start of the ATP clay court season, which gets underway … immediately after the Davis Cup event,” said a clearly disappointed De Jager.

Anderson’s presence at the Arthur Ashe Centre would have seemingly given South Africa a clear advantage against Slovenia as he would have easily been the highest-ranked player in either team.

“He would have been a major draw card after winning an ATP tournament in the US this year and establishing himself as a force to be reckoned with on the international circuit,” De Jager said.

The South African captain remained confident about their chances of reaching the World Group playoffs but admitted their ambitions had taken a major knock.

“I believe we still have a fighting chance of beating Slovenia,” he said.

“But obviously the absence of Anderson, De Voest and Wolmerans does make a considerable difference.”

De Jager seemed more sympathetic in the cases of De Voest and Wolmerans, who had also given their reasons for missing the Slovenia tie.

“Rik has never let us down in almost a decade of representing South Africa in the Davis Cup and he has been totally loyal to the cause,” De Jager said.

“He told me his unavailability was due to pressing personal problems and I believe it has to be something pretty serious for him not to play.

“Wolmerans has only recently recovered from lengthy injuries and does not want to let the country down.

“He suggested he needs to build his confidence and get to match fitness for an event as important as the Davis Cup.” — Sapa

After years of struggle, the sport seems to be taking some genuine steps in the right direction at local level
Read more
National

Gravitas: Velenkosini Hlabisa brings his experience to his new post as leader of the Inkatha Freedom Party.
Read more
Advertising
Continue to the category
Coronavirus