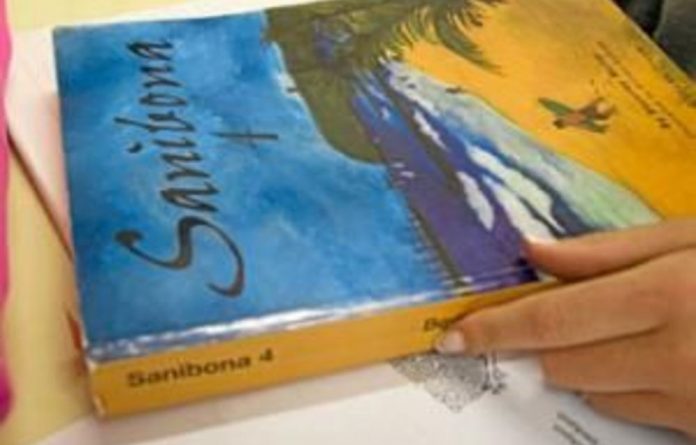 In May last year Minister of Higher Education and Training Blade Nzimande suggested that all university students pass one African language course as a graduation requirement.

This idea should be supported. It is of concern, however, that the new weekly time allocation for language teaching in schools, implemented from this year, poses a barrier to the feasibility of the minister’s proposal.

The new allocation makes it optional for students to take a “­second additional language” (in the curriculum’s terminology), that is, one taught outside scheduled teaching hours, which are already high for languages. And it is not assessed for promoting students from one grade to the next, so there is no advantage of that kind for anyone who chooses to take up the option.

The curriculum makes two languages compulsory, one called “home language” and the other “first additional”. This is intended to promote “the cognitive skills essential for academic learning”, the basic education department’s curriculum documents say.

Typically, an African mother-tongue student will choose the languages that suit him or her, one as home (isiZulu, say) and the other as first additional (for example, English), or the other way round.

But this is not suitable for non-native speakers of an African language. The situation is not symmetrical for all students, however much we want it to be. This is because most African language-speaking students have a wider exposure to English than English or Afrikaans speakers generally have to other South African languages. English permeates urban life, as it does the medium of instruction in schools anyway, whereas exposure to isiZulu, Sesotho and other indigenous languages for non-speakers remains mostly school-based (we hope this will change in time).

Playing fair
In the interests of fairness to all learners then, mother-tongue speakers of non-indigenous languages should be able to offer African languages as a second additional language, as is the case with languages such as French and Spanish, and should be able to do so at matric level.

The low demand for any African language as a second additional language in public and independent schools was partly because very few were offering the option. The new curriculum arrangement ensured that schools reconsidered them altogether and led many to stop offering the optional classes at all, as was widely reported and regretted in the media earlier this year.

As a consequence, the options for taking an African language as a second additional have shrunk. For instance, few if any public or private schools in Gauteng have offered isiZulu in this way since 2010 and one that used to offer isiXhosa discontinued it last year.

You can still register as an independent candidate, without any school support. I have experienced the predictable difficulties this entails because I am trying to pass isiZulu this way.

In brief, students who do not speak any African language and who want to offer an African language as second additional for matric are mostly prevented from doing so. In turn, this deals a serious blow to the feasibility of Nzimande’s proposal concerning African languages and ­graduation requirements.

Poor co-ordination between the ministries
To some extent, this problem arises from a lack of co-ordination between the two education ministries on language. This is not surprising: even before the 2009 split into higher and basic education, one level superbly ignored the other. Importantly, although the pre-2009 education department spent some energy on promoting African languages as mediums of instruction (now called “languages of learning and teaching”) in the foundation phase, little training in African-language teaching was offered in university faculties of education.

How can we whirl ourselves out of this dead end? One should not rely too heavily on the possibility of changing the school curriculum as there are just too many constituencies to placate where languages are concerned. But promoting African languages is a social imperative, one that Nzimande’s proposal, if it could be made to work, would advance.
Some international examples suggest that new certificates in African languages and culture, as separate and self-contained studies, would work. To obtain a degree from any tertiary institution, each student would be required to show some competence in one of the African indigenous languages, specifically excluding Afrikaans, for the measure to meet its aims.

This competence could be demonstrated by a student’s possession of either a pass at matric at home or additional-language level through the introduction of the certificate I suggest. Courses towards these certificates could be taught over two to three years and be offered by schools, universities and dedicated providers. One could attend them during the further education and training phase (grades 10 to 12 in schools) or during undergraduate study at a university (which would suit foreign students), or both.

The curriculum content would have to be certified in the normal way.

Suggestions
In principle, mother-tongue speakers of an indigenous South African language would be barred from registering for such a certificate because they should really do the language as home or first additional language at school. Black learners who do not offer an African language for matric, which is often the case because of their schools’ language policies, would be offered the possibility of writing only the language part of matric’s home or first additional ­language exams.
Outside of education proper, this certificate could also be part of the requirement for anyone wanting to settle in South Africa to take up long-time work or obtain a residence permit.

None of this is far-fetched. The whole framework is very close to, for instance, the certificate in French language and culture offered outside France by Alliance Française facilities and in France by various universities to foreign students as a requirement or to complement their own studies. And some countries such as Australia verify English fluency as part of any immigrant’s application.

One can see a time when, with South Africa’s universities and the country as a whole becoming more and more attractive to foreigners, including students, those who want to stay here will want to prepare themselves, and isiZulu or Sesotho courses in Lagos, Mumbai, Shanghai, Paris or Berlin will flourish — a true transformation, global in scope.

Dr Michel Lafon is a research ­fellow in the University of Pretoria’s ­Centre for Research on the Politics of Language. Since September 2008, he has been seconded from France’s CNRS-Llacan, a state-funded institute that researches the languages and cultures of Africa, to the French ­Institute of South Africa. He writes in his personal capacity.