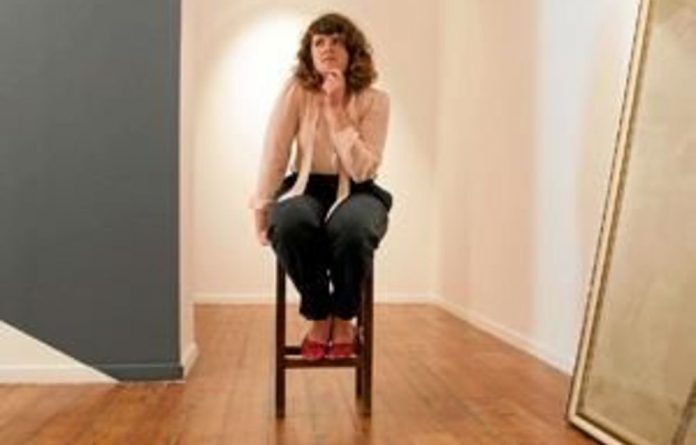 Clare Butcher believes that “the root of the word curate is to care” and she refers to the second meaning of the word — “a dorky managerial role” in a parish. “So what then does it really mean to care about what is put under your administration?” the Zimbabwean-born 27-year-old asked. “It is about the commitment towards a bigger question, not about self-gain or celebrity status.”

Following her art history degree at the University of Cape Town, Butcher was an intern and guest curator at the Van Abbemuseum in Eindhoven in Holland and completed a curatorial course in Amsterdam. She said the course was valuable for showing her what type of curator she did not want to be.

Instead of hunting the fame and audiences of global stardom in the curator rat race, Butcher has continued to question her role, and the roles of others, to guide her work. “How do we reinvent the institution?” she asked, particularly in a world still recovering from colonial domination.

Questions surface and connect throughout her work.

Autonomous art
In the continuing collaborative Autonomy Project, connecting Cape Town, Eindhoven and Liverpool, Butcher and two colleagues are asking whether one can ever really call art “autonomous”. The project was inspired by the fact that in Dutch “fine art” is called “autonome kunst”, or autonomous art.

“Dutch artists are struggling to articulate a space where art can be political, because the artist is free to have it not mean anything, whereas here I find the opposite,” she said. She then positioned the question closer to home: “Can [Southern African] art be useless? Does it have the freedom to be that way?”

But she has discovered that, for her, concerns about representation rise above her Zimbabwean and South African identities. She realised this when she installed her Propaganda by Monuments exhibition in Cairo during the first Arab Spring uprising in December 2010.

Although the art did not relate to the current events when the exhibition opened after the first constitutional referendum in Egypt, “it was incredible to see how the works were all reinterpreted when in this ambiguous, unstable setting”.

Butcher returned to Cape Town from Europe at the beginning of last year to complete her master’s degree in curating the archive at her alma mater. She said the academic framework had provided a way for her to plug back into the South African scene.

Important dialogues
Her most recent exhibition was (Im)perfect Librarian, which is a showcase of her and her classmates’ work, currently on show at the Michaelis Gallery. By referencing Jorge Luis Borges’s Library of Babylon and Ivan Vladislavic’s Loss Library, Butcher’s curatorial role highlights important issues regarding the dialogue between past and present, digital and analogue.

“All of us are very concerned with this ‘easy’ shift that is happening from physical to digital,” she said. “But what does it mean to throw away our material archive? Or, if it does last, to never return to it?”

Butcher will be doing an exhibition about the second Jo’burg Biennale for the Stevenson Gallery in Johannesburg in July.