State endorsement of SA firm in Iran to be probed 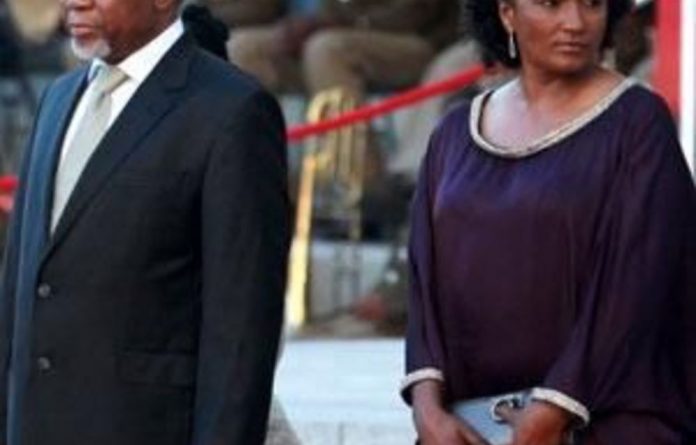 The trade and industry department is conducting an investigation into the supply of letters of support to a company doing business with Iran.

In written reply to a question in the National Assembly on Wednesday, Trade and Industry Minister Rob Davies said the department issued a letter of support on April 12 2011 to South African company 360 Aviation.

A report by the Sunday Times in March said Mtshali had been implicated in soliciting a R104-million “bribe” to obtain government support for the company trying to clinch a R2-billion deal to allow a front company to supply US-made Bell helicopters and spare parts to the National Iranian Oil Company via South Africa.

Mtshali, former De Beers executive Raisaka Masebelanga and others allegedly met with representatives of 360 Aviation to solicit the bribe.

360 Aviation managing director Barry Oberholzer was quoted as saying: “We believe we were being asked for a bribe … in exchange for government support.”

Letters of support
The request for support was for a forthcoming visit to Iran scheduled for May 2011, Davies said.

One was addressed to Iran Air, preceding its visit to South Africa in 2008, to support a venture between Iran Air and 360 Aviation, and the second in support of aviation project management services.

Davies said a review of 360 Aviation’s “previous contacts with the [department] and interactions they had with entities in Iran was done and the two letters issued in 2008 were retrieved”.

“The company was also requested, and duly complied when requested, to produce a signed letter regarding their past interactions with Iran and their future objectives in Iran.”

Arms embargo
Democratic Alliance spokesperson David Maynier welcomed the investigation into the letters of support “in potential violation of a United Nations arms embargo on Iran”.

One of the letters — dated April 12 2011 — signed by then acting deputy director general Riaan Le Roux was a major concern.

“The letter was allegedly used to solicit a bribe of R10-million by a group of business people which included Mtshali and the letter could have risked drawing the [department] into what would have amounted to state-sponsored sanctions-busting in Iran,” Maynier said.

“And how is it that the [department] so easily supplied a letter of support to a company specialising in aviation project management and services to do business in Iran after the imposition of a comprehensive arms embargo on Iran by the United Nations?

“One would have expected alarms bells to have gone off somewhere in the [department of trade and industry],” he said. — Staff reporter, Sapa