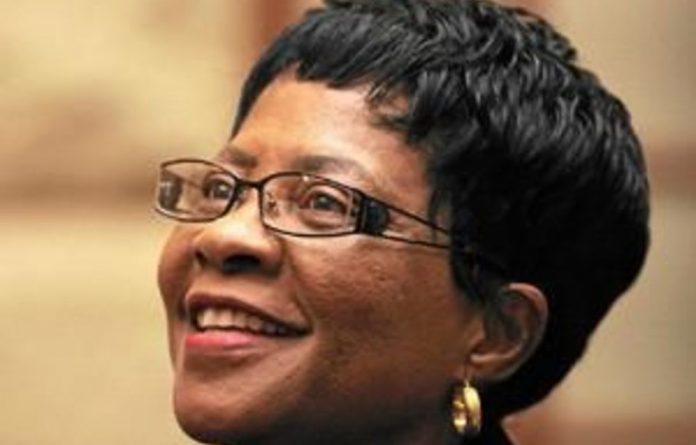 Former fraud and murder suspect Richard Mdluli is back in the top job at crime intelligence thanks to blatant interference by President Jacob Zuma’s allies.

And evidence suggests the president personally weighed in with moral support for their efforts to block the criminal investigation into the police spy boss.

A secret report on the Mdluli investigation sets out in great detail the extent of the evidence against Mdluli.

The main charges against Mdluli concerned defrauding crime intelligence to buy two new BMWs for himself and his wife and appointing or promoting family members as highly paid agents.

The wide-ranging allegations create a disturbing backdrop for the way in which Zuma and like-minded officials have intervened to support and protect Mdluli.

Mdluli was last year investigated by the Hawks for abuses of the secret services account, the covert fund used to finance undercover crime intelligence operations.

In December last year Mrwebi ordered that the charges be withdrawn after referring the matter to the inspector general of intelligence, advocate Faith Radebe.

But on March 19 this year, Radebe ruled that criminal investigations were a police responsibility and the matter should go back to the National Prosecuting Authority (NPA) to reinstitute criminal charges.

Now, according to information obtained by the Mail & Guardian:

Questioned by the M&G about Zuma’s call to the inspector general and his attendance at Mdluli’s celebration, presidential spokesperson Mac Maharaj declined to confirm or deny the claim.

“The presidency is not obliged to give an account of the president’s day-to-day meetings, discussions and any other form of communication except those of a public nature,” he said in a written response.

The source of Zuma’s association with Mdluli is not clear, but the policeman, as deputy to the Gauteng provincial commissioner, oversaw the detectives who investigated Zuma’s rape case in 2006.

Mthethwa refused to answer questions about his meeting with Radebe and Mkhwanazi, including whether he had issued an instruction to reinstate Mdluli. “Like all internal meetings, we do not divulge the contents thereof,” said a statement from Mthethwa’s spokesperson.

In response to questions from the M&G, the South African Police Service issued a general media announcement on Wednesday night confirming Mdluli’s reinstatement.

“A decision was taken to lift the suspension of Lieutenant General Richard Mdluli,” the statement read, confirming the decision was effective the day of the meeting with Mthethwa. “The resolution is with effect from March 27 2012. This will not be discussed further in the public domain.”

Major General Solomon Lazarus, who manages the secret services account and who had also been suspended in relation to alleged abuses of the fund, was also reinstated.

The moves come on top of allegations that Mthethwa was ultimately responsible for instructions to the Hawks to shut down the investigation of Mdluli and the broader crime intelligence probe.

The murder case against Mdluli was withdrawn when the NPA decided instead to institute an inquest into the 1999 death of Oupa Ramogibe, an alleged love rival of Mdluli. The authority withdrew charges despite being in possession of an independent legal opinion that reportedly recommended it proceed.

It also appears likely that the NPA will ignore the inspector general’s advice to reinstitute fraud charges against Mdluli.

Radebe did not respond to questions from the M&G, but her recommendation was contained in a March 19 letter that appears to have set off the interventions from Zuma and Mthethwa.

In the letter, she rejected a memorandum from Mrwebi setting out his reasons for withdrawing of charges.

She noted: “The mandate of the inspector general of intelligence does not extend to criminal investigations … As such we are of the opinion the reasons advanced by the NPA in support of the withdrawal of the criminal charges are inaccurate and legally flawed. We therefore recommend that this matter be referred back to the NPA for the institution of the criminal charges.”

Responding to questions from the M&G, NPA spokesman Mthunzi Mhaga said Mrwebi’s decision to withdraw the case against Mdluli “was informed by the insufficiency of relevant and admissible evidence to sustain charges”.

This was denied by one experienced investigator familiar with the probe, who described the fraud charge as “a slam-dunk case”.

Mhaga said the NPA had received a copy of Radebe’s letter. “We are still considering its contents and will have further discussions with the police and determine the way forward.”

Police officials fear that Mdluli’s reinstatement will put him in a position to complete a purge of crime intelligence officers regarded as disloyal or too close to suspended police commissioner Bheki Cele.

As the secret report shows, members of crime intelligence played a key role in providing evidence to the Hawks and one had to be placed in witness protection after being threatened by senior colleagues.

Earlier this year, three top members of the command structure of the crime intelligence division in KwaZulu-Natal were suspended or transferred.

And, through Lazarus, Mdluli is again placed in control of a secret slush fund rumoured to contain in excess of a billion rand.

Mdluli’s return to service also places him in pole position to succeed Cele, who appears to be regarded as insufficiently loyal to Zuma. The interventions to protect Mdluli appear to be part of an unrestrained campaign by Zuma to consolidate his power base in state security structures ahead of the ANC’s elective conference in December.

According to a well-informed source, a plan is in place to transfer command of the police VIP division and presidential protection unit to fall under the control of crime intelligence. This will not only ensure that they fall under Mdluli’s command, but will also give him direct access to the most intimate day-to-day details of the activities of all of Zuma’s political rivals.