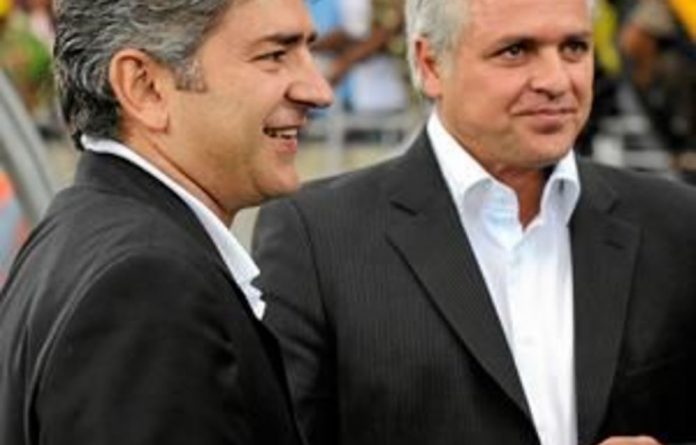 Cape Town will snub next year’s Africa Cup of Nations if the South African Football Association does not change its “Fifa-style” funding model. The city is bidding to host the games, but refuses to pay a R22-million bill demanded by Safa.

“We are optimistic that we can reach a solution for all the cities that involves some national funding — provided the other cities don’t sell out,” said councillor Grant Pascoe, who is leading the Cape Town bid.

City officials are unimpressed by Safa’s adoption of the Fifa model imposing tournament costs on host cities. Cape Town is, ironically, one of the few municipalities solvent enough to justify meeting Safa’s demands. Port Elizabeth has already signed up to host.

Missing out on the Nations Cup — and leaving a R4.4-billion stadium idle — would be a crunching late tackle to the city’s stagnating football scene, which has squandered the window of opportunity created by the World Cup to shake off its marginal status.

Battle between owners
It does not help that Ajax Cape Town is divided by a toxic legal battle between local minority shareholders, the Comitis and Efstathiou families. The war could endanger the investment of the parent club, Ajax Amsterdam, which owns a 51% shareholding.

Attendances have halved this season as Santos has been in relegation trouble and Ajax underperforming. And the traditional talent pool of the Cape Flats is not producing the calibre of player it once did; there is no sign of the next Benni McCarthy, Quinton Fortune or Mark Williams, even though the city is churning out superstars in both cricket and rugby.

The two finest Ajax products to date — Thulani Serero and Steven Pienaar — were both imported in their teens from Johannesburg.

Ajax and former Bafana defender Matthew Booth is annoyed by the city’s reluctance to meet Safa’s terms for hosting the Nations Cup. “To my mind it’s suspiciously political,” he said this week. “It just reflects the status quo and gives the impression that this is a rugby and cricket city.”

He added that football bosses were negligently losing the battle for talent at schools level in the Cape and nationwide.

“If [administrators] don’t get their fingers out of their arses, football will keep losing popularity among the black and coloured middle class, who are sending their kids to model C schools where rugby and cricket rule. Why should those sports get a free development system and not football? We’ve got to put pressure on schools who don’t offer football because it would eat away at their rugby strength. There’s a strong Broederbond rugby culture in schools and they haven’t even tried to break it.”

Ticket prices
Booth argued that the doubling of ticket prices — from R20 to R40 — had shrunk Ajax crowds. He also believes the hot form of the Stormers rugby side has lured newer supporters away to Newlands.

“We also lost the league title on the last day of the season, with 30 000 people in the stadium. If we had won the league that day, we could have kept all those fans,” he said.

Only a fraction of the profits from those two player sales — about R25-million — was reinvested in the squad. New coach Maarten Stekelenburg, though highly rated for his work at the Ajax academy, has no experience at this level. The Urban Warriors recently lost three games on the trot.

Rob Moore, a former co-owner of Ajax Cape Town and now a player agent in Barcelona, admits the club’s transfer strategy has been hobbled by the shareholder dispute. “They have sold a lot of players but keep relying on cheap players to replace them. There has been underinvestment when one considers how much they’ve made.”

Urban Warriors fan and blogger Lance Janari agrees. “The boardroom battle is disturbing the flow of the team,” he said this week. “The players are suffering and there is very little information flowing from the owners about what will happen.”

All in the family
The arbitration case between the Comitis brothers (chairperson John and chief executive George) and the Efstathiou brothers (Ari, Alex and Nick) has been postponed until May. The two clans are joint owners of Cape Town Stars, a company that holds 49% of Ajax. They are linked by marriage — Ari Efstathiou is husband to a sister of the Comitises — and have shared business ventures for 23 years.

But the love got lost when John Comitis banked a R3.5-million ex gratia bonus for his role in negotiating the Premier Soccer League’s R1.5-billion broadcast deal with SuperSport in 2008.

The Efstathious say this payment was not properly disclosed and should have gone into the Ajax kitty. They also oppose John’s lifetime chairmanship, conferred on him by outgoing Ajax Amsterdam boss Rik van den Boog in 2010.

The Comitises want to dissolve Cape Town Stars, a move the Efstathious will fight. There is no resolution in sight.

Ajax Amsterdam’s acting chief executive, Henri van der Aat, said this week he was worried about the spat and had urged the two sides to make peace. “Our main target around the club is to keep things stable. We don’t like all this commotion,” he told the Mail & Guardian.

He refused to speculate on a risk of disinvestment, but fans fear the Dutch giants could sell up if the conflict continues — or if the Comitises are dislodged from their positions.

Moore reckons there is a risk of alienating Amsterdam. “The noises are that they have sided with the Comitis brothers,” he said. “So if they’re out as a consequence of the arbitration, it’s possible that Ajax, who have their own leadership worries, could review their investment. They have to be very confident in whoever they’re dealing with.”

Booth denies the boardroom war is demotivating the team. “When we went on a five-game winning streak, the situation was the same in the boardroom. We’ve had some bad luck, notably three early sendings-off. We just have to dig ourselves out of the hole.”