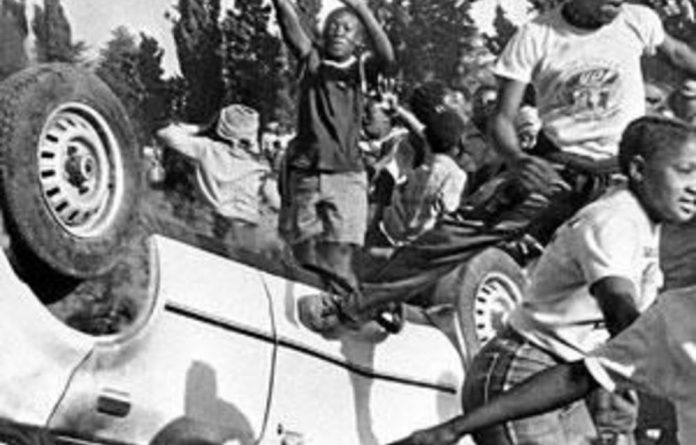 The five-year-old boy was not on speaking terms with his work-stretched dad, but a late-night holiday accident changed that. Donald McRae cut his face open on a metal bedstead and desperately called out for daddy, who came running and comforted him all the way to hospital.

And so the six-month drought was over; father and son were ­reunited.

This little tale captures something of McRae’s central theme, a story about a periodically fraught relationship between father and son, ultimately resolved by another crisis-prompted reconciliation. There was the time that his father, Eskom boss Ian McRae, and mother, the “Little General” Jess, finally accepted that their only son would never serve in the apartheid military.

Vignettes such as these bring home McRae’s talents as a writer. He combines a remarkable memory for detail and talent for ferreting out specific historical events with an ability to put them together in a way that each account feels as if it was secretly recorded, fly-on-the-wall style.

Unique dramas
In one sense, his Germiston upbringing was not so different from that of other bright, middle-class, English-speaking white South African lads faced with army call-ups. But each family, each life, has its unique dramas and McRae’s ability as a story­teller turns the everyday into the exceptional. For instance, at 15 he is seduced by a liberated 22-year-old Afrikaner woman, and six years later he and a Soweto university student break the Immorality Act in the back room of a township shebeen. In lesser hands, relaying memories like these could be awkward, but McRae handles them with a self-deprecating delicacy that makes them a pleasure to absorb.

Much of this book is about growing up as a child of privilege in the land of apartheid and McRae does not flinch from unearthing the casual prejudices that were part of that lifestyle. In the early chapters he adopts a style that simulates the thoughts of childhood, when black servants were “boys” and “girls”.

The words are intended to jar. “I thought the black miners were lucky to become garden boys for a day, especially if they caught my dad’s eye when he wound down the window and shouted out ‘Woo-hoo, John!’,” he writes.

But as he moves towards adulthood the sentences become more complex, “boys” and “girls” become men and women and his relationship with Ian and Jess becomes increasingly fraught. His memoir reaches its ­central narrative climax when his ­desperate parents send him to three psychologists in a bid to persuade him to see sense — until the dam breaks and Donald walks out and Ian and Jess track him down to announce that he has their full support.

In previous books, McRae developed a style of never showing the strings of his research. The stories were told as if he was there with his subjects, witnessing each event and thought and action. This time, he uses these skills to dissect his own early years.

But McRae’s story is not just about himself. He weaves in the tale of his World War I hero grandfather, of friends who resisted conscription and others who reluctantly complied with tales of cane-wielding teachers, veld school propaganda, rugby Test matches and James Phillips gigs.

Visceral account
He also devotes three poignant chapters to the 1982 death of Dr Neil Aggett, the first white detainee to die while being held without trial by the security police. Using the transcripts of several legal actions and detailed interviews with Aggett’s girlfriend, Liz Floyd, who was detained with him, as well as another fellow detainee, Auret van Heerden, he provides a visceral account of the prolonged torture that eventually prompted Aggett’s suicide after he mistakenly believed he had betrayed Floyd and fellow detainee Barbara Hogan.

No doubt, many readers will recall the broad brushstrokes of this ­tragedy, but McRae provides a unique perspective — one from inside the cells and the torture and interrogation rooms. It is harrowing stuff, but well worth the read.

Towards the end he returns to the central thread. He prolongs his stay at home and avoids conscription by studying for a master’s degree, using this break to teach at a high school in Soweto, but finally, in August 1984, he has run out of time and sadly leaves for London.

While McRae was making his name as an award-winning writer, Ian, by then Eskom’s chief executive, was setting up clandestine meetings with ANC supporters (and later with Cyril Ramaphosa and Nelson Mandela) in his successful campaign to electrify Soweto and Orange Farm. Jess was putting her energies behind the building of a nursery and old-age home in Alexandra township.

When the story draws to a close, father and son had reached the point of mutual admiration.

Under Our Skin is a wonderful memoir of white South African family life in the final decades of white rule, but it is also a compelling story of some of the people who tried to prevent change and those who helped it along, including an apolitical father who had a dream of electrifying the whole country.