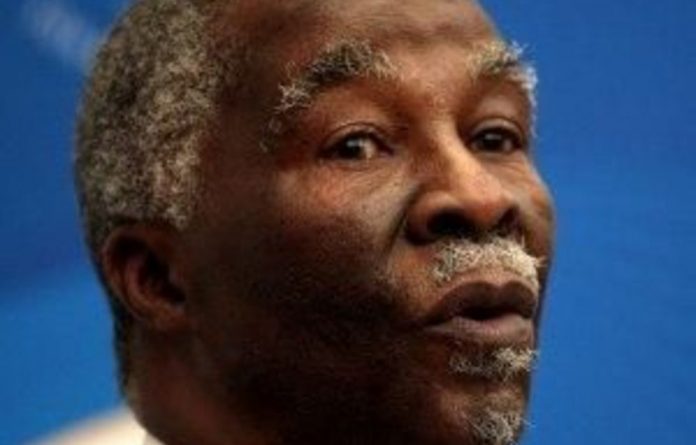 Former president Thabo Mbeki, representing the African Union, arrived in Khartoum on Friday after earlier talks with South Sudan in a bid to defuse a military and diplomatic crisis.

Sudanese President Omar al-Bashir and Mbeki were to meet on Friday evening, said a source from the president’s office, who asked not to be named.

Clashes broke out almost two weeks ago between Sudan and South Sudan along their undemarcated and disputed frontier, in the most serious unrest since the South gained independence from Khartoum last July, after Africa’s longest war.

International fears have mounted of a return to full-blown conflict.

After talks failed this week between Khartoum and Juba, Mbeki travelled on Thursday to South Sudan for discussions with President Salva Kiir “about the next steps that we should take.”

Mbeki said he wanted to hold the discussions in Juba “before we proceed to Khartoum as part of the preparations for that summit,” a reference to a planned meeting between the two presidents.

Sudan suspended the summit planned for April 3 after the border clashes began on March 26.

Juba and Khartoum negotiators failed to sign an agreement on security after the latest AU-mediated talks concluded on Wednesday in Addis Ababa, in the first face-to-face meeting between the combatants since the clashes.

South Sudan’s lead negotiator Pagan Amum accused the Khartoum delegation of walking out of the talks, saying “war mongering” prevented them from signing the agreement.

He also said South Sudan’s army downed a Sudanese fighter jet over a border area on the southern territory, but Sudan rejected the claim as well as the accusation that it refused to sign a deal.

The Khartoum delegation said it had to return home for consultations before committing to the accord.

Talks are to resume in Addis Ababa next week.

Juba and Khartoum have traded blame over who started the confrontation in the oil-rich Heglig region close to their undemarcated border.

In February, the two sides signed a non-aggression pact but it has been repeatedly violated. — AFP