Will and Kate celebrate first wedding anniversary in private 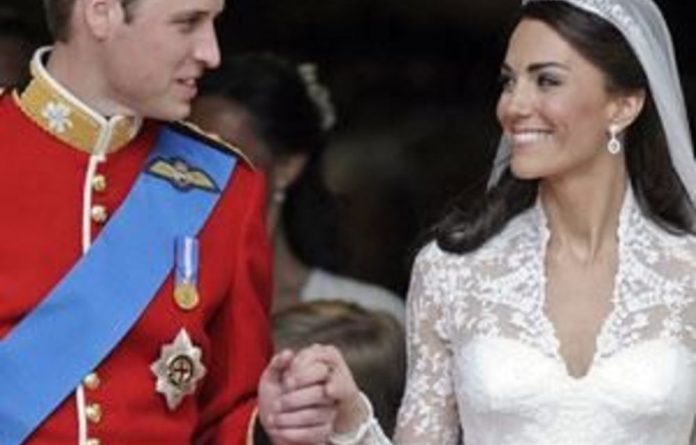 Britain’s Prince William and his wife Catherine celebrated their first wedding anniversary on Sunday, marking the milestone in private after two billion TV viewers watched them wed in 2011.

“They’re not celebrating their anniversary in any public way.”

The couple attended the wedding of a school friend of Kate’s in Suffolk, eastern England, on Saturday, when they had to shelter under umbrellas.

British newspapers lined up to praise the pair, who have been credited with reviving public interest in the monarchy.

“Kate the Great wins us over,” The Sunday Times said, while The Sunday Telegraph said of the royal family: “It’s only been 12 months and already we wonder: how did they ever manage without her?”

The Independent, for its part, on Saturday produced a “cut-out-and-weep guide” to the couple’s first 12 months.

After honeymooning in the Seychelles, William and Catherine toured Canada and California and made polished public appearances in Britain, with more ahead for Queen Elizabeth II’s diamond jubilee in June and the London Olympics.

Catherine, the Duchess of Cambridge, appears to have taken to the royal life with ease and has become a fashion trend-setter, even appearing on Time magazine’s list of the world’s 100 most influential people.

William, second in line to the throne, earlier this year spent six weeks as a search-and-rescue pilot on the Falkland Islands, infuriating Argentina, which claims the archipelago as its own.

The pair are set to tour Singapore, Malaysia, Tuvalu and the Solomon Islands in September to mark Queen Elizabeth’s 60 years on the throne.

Speculation has been rife as to when the two will produce a royal heir, but they have made it clear they will not be bound by any timetable, and fans have so far had to make do with news of Lupo, the couple’s cocker spaniel puppy.

The Very Reverend John Hall, the dean of Westminster who officiated at the wedding, recalled the event fondly.

“It was one of the warmest and happiest occasions in the abbey that I can remember, and I think that a lot of the warm reaction related to the interaction between the couple themselves,” he told The Sunday Telegraph.

“They had responded in a very wonderful way to the interest in them and seemed focused on the spirit of the service.”

As for the verger seen cartwheeling down the aisle afterwards, he said: “It expressed physically what we were all experiencing emotionally. It was just a summing up of the thrill of the day.”

The Telegraph also came up with a 24-page mini-guide on “the making of a royal fashion icon,” covering everything from Kate’s brooches to the makeup she uses.

The couple’s next scheduled public engagement is on May 7, when they are to present prizes at the Badminton Horse Trials in Gloucestershire, southwest England. — Sapa-AFP

A new book has collected writing about the condition of living, yes, with a high crime rate, but also other, more pervasive existential urban stresses particular to the Global South
Read more
Health

Hopes over Covid-19 vaccines have given a boost to virus-weary citizens across the globe, but the disease remains rampant and world leaders are urging people to be patient
Read more
Friday

Steve McQueen’s ‘Lovers Rock’, part of the ‘Small Axe’ anthology, is an ethereal interlude that takes us inside the blues party bubble
Read more
Opinion