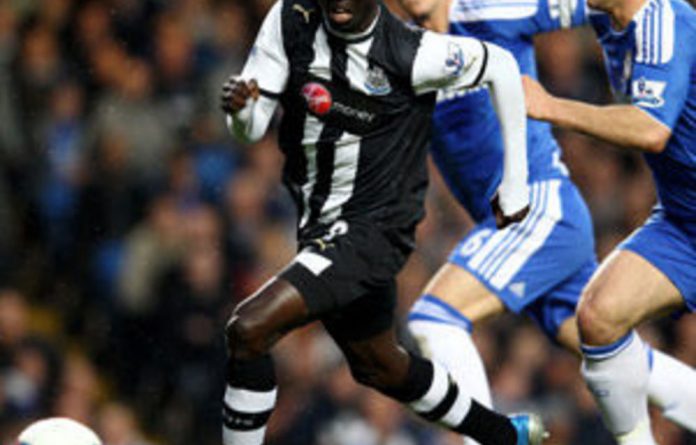 Chelsea were left contemplating the prospect of having to win this season’s Champions League in order to qualify for next term’s edition after a 2-0 defeat by Newcastle on Wednesday.

Newcastle striker Papiss Demba Cisse, one of the signings of the January transfer window, made it 13 goals in 12 games as he struck twice for the visitors at Stamford Bridge, with his second a contender for goal of the season.

The defeat left Chelsea four points adrift of both fourth-placed Tottenham Hotspur, who won 4-1 away to Bolton Wanderers on Wednesday, and Newcastle, who trail Spurs on goal difference alone, with just two Premier League games of the season left.

Usually, the top three clubs in England qualify for the Champions League proper, with the fourth-placed side entering the preliminary round.

But if Chelsea beat Bayern Munich in the Champions League final at the German club’s home ground on May 19, they will take the place that would otherwise go to the team finishing fourth.

Senegal forward Cisse unleashed a powerful shot past Petr Cech to give the Magpies a 19th minute lead.

‘No energy’
But in stoppage time at the end of the game Cisse topped that effort with a stunning, swerving shot from wide out on the left with the outside of his boot that sailed over a stunned Cech.

The loss meant Chelsea, like fellow FA Cup finalists Liverpool, suffered a defeat in their last match before Saturday’s showpiece encounter at Wembley.

“We are going to keep pushing to the end until it is impossible [to qualify],” said interim Chelsea manager Roberto di Matteo.

“We only have two days [until the FA Cup final] so recovery is important and everyone involved will be motivated for the game.”

Meanwhile Spurs won away from home for the first time in 2012 as they moved to within a point of third-placed north London rivals Arsenal just a day after Tottenham manager Harry Redknapp was overlooked for the England job in favour of Roy Hodgson.

“It [the England speculation] never bothered me from day one, to be honest,” said Redknapp. “I’m very lucky to work with these players and I appreciate every day of my life. They are great players, it’s a great club.”

No inspiration
At the Reebok Stadium not even the presence of Bolton midfielder Fabrice Muamba, making his first visit to the ground since suffering a cardiac arrest when Wanderers played Spurs in an FA Cup tie at White Hart Lane on March 17, could inspire the relegation-threatened hosts to victory.

Nigel Reo-Cooker gave Muamba and the Bolton faithful something to cheer with a 51st minute equaliser.

But three goals in nine minutes, including two from Emmanuel Adebayor, turned the tide in Tottenham’s favour.

Rafael van der Vaart scored from Gareth Bale’s cross on the hour and two minutes later Adebayor made it 3-1.

Dust off
Bale then turned provider for the unmarked Adebayor, who rounded Bolton keeper Adam Bogdan, before slotting home his second goal.

Bolton remained in the bottom three, level with fourth from bottom QPR but with a worse goal difference.

“We came roaring back but we were guilty of poor defending,” said Bolton manager Owen Coyle.

“We need to dust ourselves down and go and get three points against West Brom on Sunday.” — AFP