Ferguson meets his match in battle of Manchester 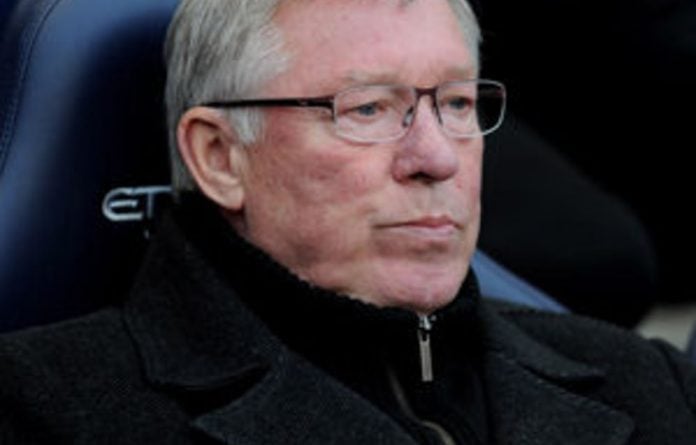 Say “hello” to Manchester’s new Mr Smooth. The coolest operator in town was seen working his charms on the touchline of the Etihad Stadium after 75 minutes of the 163rd and most momentous Manchester derby yet.

When Sir Alex Ferguson took umbrage at a Nigel de Jong challenge on Danny Welbeck, over strode Roberto Mancini for a vision of the future to make the Scot and the Manchester United congregation shiver. In the Italian’s defiance, as the fourth official tried to keep them apart, Ferguson saw a man who was not cowed by the 13 Premier League titles, two European Cups and other silverware he parades each time United play.

Mocking Fergie
To Ferguson’s hand motion to indicate that Mancini was talking too much at the officials, the City manager mocked him by mimicking the gesture and the Scot’s cheeks flushed purple at the liberty.

If this was a snapshot of power shifting across town, Mancini’s response when told that Ferguson accused him of “haranguing” the officials throughout City’s 1-0 win was as telling. “Him? Me? Him? Who said this? Him, no? He doesn’t talk with the referee or the fourth official? No, never,” he joked.

Refusing to take an opponent seriously is a message about where potency lies.

Mancini constantly claimed that United remained favourites for this championship even as Ferguson saw the eight-point advantage established on April 8 when City went down 1-0 at Arsenal subsequently dissolve.

David Silva, who delivered the corner for the Vincent Kompany winner that takes City ahead of United on goal difference, appreciated the tactic. “Perhaps Roberto has deflected the pressure from us by saying the title is over. He has certainly taken the pressure off the players, which always helps because the pressure is always there between Manchester United and City,” said the Spaniard.

Mancini has the upper hand
On the pitch, where the true test of any manager is fought, Mancini has also outsmarted Ferguson: 7-1 is the aggregate score of this season’s two league derbies.

The memory of the 6-1 caning handed out to United in their own backyard in October cowed Ferguson into a defensive 4-5-1 that featured Park Ji-sung — who had not featured since March 15 — alongside the creaking trio of Michael Carrick, Ryan Giggs and Paul Scholes (combined age 105), and Nani — whose ability to track back is not mentioned on his CV — in a loaded midfield designed to smother City.

The tactic was aimed at claiming the draw that would leave Manchester City’s hopes of a first championship in 44 years moribund as two games remain.

“I’ve never sent a team out to block in my life,” Ferguson claimed ahead of kickoff. Then he watched as his team failed to land a single shot on target and fell to the sucker punch of Kompany outmuscling Chris Smalling for a lead United’s creation deficit could not overcome.

If City defeat Alan Pardew’s men on Tyneside and United go down to Swansea City at Old Trafford later in the day, the Blues’ superior goal difference of eight all but crowns them champions.

And he came as close as any player would to suggesting United’s mental advantage is over — for the moment, anyway.

“I’m sure he [Mancini] sees him [Ferguson] as a great, influential manager. But Mancini doesn’t transfer that fact to us.”

Or as Liam Gallagher, the Oasis singer who made an impromptu appearance in the press room, said of Mancini: “I love him. He’s almost as cool as me.” —