Numsa throws down the gauntlet to DA 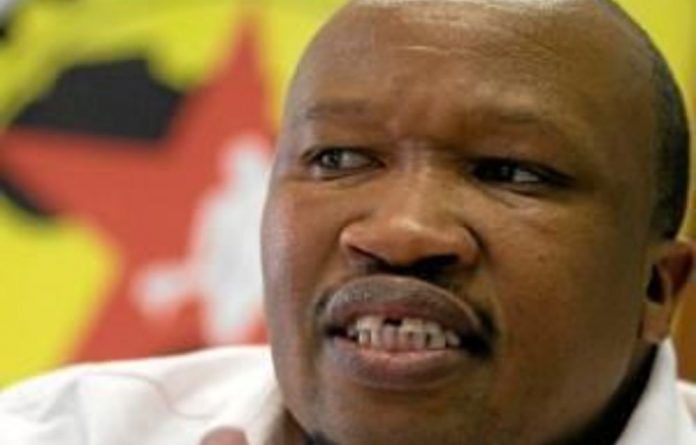 National Union of Metalworkers of South Africa (Numsa) should be vigilant against threats to the national democratic revolution, Numsa General Secretary Irvin Jim told members at the Sedibeng region elective congress on Saturday.

“The DA — assisted by the white liberal media — is mounting a huge political campaign to discredit, destroy and substitute itself for the formations of the liberation movement,” he said in a speech prepared for delivery.

The Democratic Alliance were acting in defence of white monopoly capital and white privileges in the face of escalating poverty, unemployment and inequality in South Africa, Jim stated.

Jim warned against the “so-called youth employment subsidy”, which was an attempt to placate the youth and avert “the coming social revolution”.

On the proposed DA march to the Congress of South African Trade Union (Cosatu) offices, Jim advised the party to be cautious.

“Numsa wants to serve a timely warning to the DA and the vested white capitalist class interests it represents: They are embarking on a dangerous and unwinnable class struggle with the power of the black and African working class.”

For 18-years the working class had “restrained” itself in the hope that the privileged white complex would help to defeat the inequalities in society.

“If they now want direct confrontation, they will get it. Numsa is ready for them. We shall fight to the last woman and man to defend Cosatu and its leaders,” he said.

“Despite our best efforts to unite the region, we have seen pockets of comrades internally working with some external forces continuing to pull back the advances made by the central committee.” – Sapa.