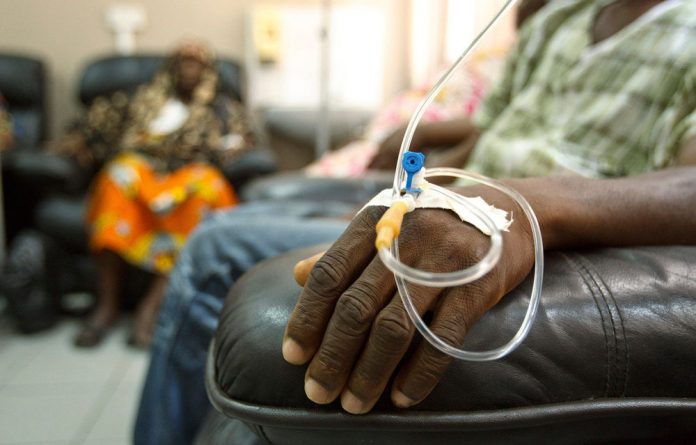 The case is of interest to healthcare lobbyists because it could advance patients’ right to access affordable medicines.

The patent on Docetaxel expired in 2007 and the case concerns a “composition of unpatented products” used to administer Docetaxel. This patent expires next year.

Aventis argued that Cipla infringed its patent rights but in a case heard last year, the Court of the Commissioner of Patents refused the company an interim interdict to prevent Cipla from selling a generic version. Its patent was understood to be too ambiguous to enforce.

Legal adviser for Cipla Medpro South Africa, Joe Brink, said the company’s view was that the Docataxel patent was no longer valid. “The high court refused to grant an interdict, by implication saying [we] can proceed with selling the drug,” he said.

Aventis is appealing the decision at the Supreme Court of Appeals.

Section 27 of the Constitution protects the right to healthcare and medicines and requires the state to take “reasonable legislative measures” to realise this right.

Quality of life
It also warned that an interim interdict could impair some patients’ quality of life or result in an unnecessary loss of life.

Mara Kardas-Nelson, access and innovation officer for Médicins Sans Frontiéres in South Africa, said the case could set a precedent in South Africa as the court was being asked to look at patent law through the lens of the public’s right to healthcare. A ruling to this effect would be in line with the World Trade Organisation’s 2001 Doha declaration, which allows developing countries flexibility in interpreting trade-related aspects of intellectual property rights and patents in the interest of public health.

Umunyana Rugege, an attorney for healthcare advocacy group Section27 – which is representing the TAC – said the court had a responsibility to consider the public interest in cases that dealt with patent law and commercial interests.

Rugege said this area of law needed development in light of the Constitution.

“We’re not so concerned by who is right and who is wrong. Our concern is that when the court decides whether to put an interdict in place, they consider certain public concerns,” said Rugege.

The TAC believes there is not enough evidence before the court to show that the public interest will not be harmed if the interdict is granted. It said the onus was on Aventis – which sought the interdict – to prove that an interdict would not negatively impact those who rely on the drug asked that evidence be provided to show exactly how accessible the drug is in both the public and private sector and to what extent it is supplied as a prescribed minimum benefit for those with medical aid.

It also argued that an interim interdict should not be granted if the patent holder could be compensated through damages, an argument given credence by the fact that the patent expires next year anyway.

Generic costs
Prudence Mahapa, communications manager for Sanofi-Aventis South Africa, said the company was “committed to endeavouring to ensure that as wide a section of patients as possible have access to our products”.

In the private sector the Aventis’s drug costs about twice as much Cipla’s generic.

“There’s no patent review system in South Africa,” she said. “We accept the [administrative] fee and put the patent through, even if it’s a copy of another patent or if there is only a small change.”

The result is that there are many more superfluous patents in South African than in countries where there is a patent review system and “evergreening” – a process where drug companies file a new patent for an old drug simply by adding salt or sugar to the formula – is abused.

She said a more stringent review system for patents would ensure that only truly new medicine would be given new patents; this would allow more generics onto the market and make medicines more affordable.