Oscar nominations and Golden Globes winners ‘too close to call’ 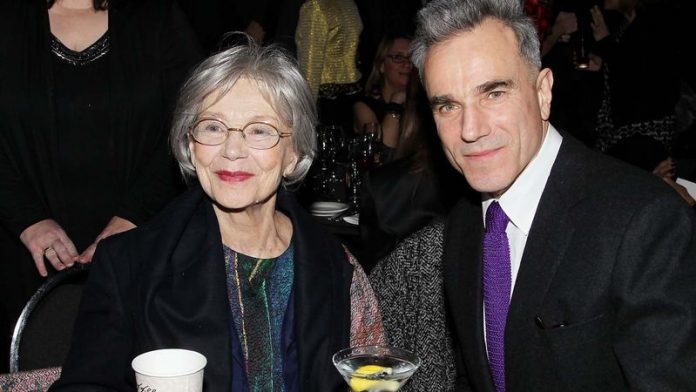 The already busy awards schedule has taken on a new look this year with Oscar nominations being announced before the annual Golden Globes ceremony, instead of afterward.

"This is partially an attempt to blunt the impact of the Globes on the part of the Academy of Motion Picture Arts and Sciences," Pete Hammond, awards columnist for entertainment website Deadline.com, said of the earlier nominations date.

"I think the Academy gets very frustrated that by the time you get to the Oscars in February, there have been so many awards shows and speeches, some of the lustre is taken off. This is a way of stealing the attention back," Hammond said.

Six movies and a handful of actors are commanding the buzz in this week's races, the results of which will narrow the field for Oscar glory on February 24.

Too close to call
All six films are also in the running to take home a Golden Globe on Sunday in a race pundits call "too close to call" – in all but one category.

The one sure bet is that British-born Daniel Day-Lewis will win the Golden Globe for his quiet but powerful performance as American President Abraham Lincoln, and probably the Oscar next month, awards watchers said.

The other categories are another matter.

"I can see the Hollywood Foreign Press Association spreading the wealth around many different films for the Golden Globes," said Dave Karger, chief movie correspondent at Fandango and host of its The Frontrunners online show.

"If that happens, it speaks to how wide and even the field is this year. There's not one or even two movies out in front, but five or even six, and I can't recall a year like that."

Lincoln and Argo appear to be the Globe's best drama frontrunners, but Django Unchained – that won a surprise five nominations from the Hollywood Foreign Press Association – could prove an upset.

"Django Unchained is a real wild card. It remains to be seen how much the Academy will love it," said Karger. "As far as shock of night [at the Golden Globes], there could be some big wins for Django, but the safe money is on Lincoln."

Controversial bin Laden film
Sunday's Globes ceremony, and the Oscar nominations, will be prove a test of the largely negative publicity surrounding the torture scenes in Zero Dark Thirty and the possibly secret sources used by the filmmakers to reconstruct the hunt for and May 2011 killing of the al-Qaeda leader.

"There is so much controversy around Zero Dark Thirty, it's hard to assess the impact of some of the negative publicity its gotten after being denounced by US senators. It will have an early test to see how that goes this week," Hammond said.

Despite the furor in Washington, Jessica Chastain is widely expected to earn an Oscar nomination, and take home the Golden Globe, for best dramatic actress for her role as the determined CIA agent credited with tracking down bin Laden.

Unlike the Academy Awards, the Globes have a separate category for comedies or musicals, setting up a battle between Les Misérables and its stars Hugh Jackman and Anne Hathaway, and Silver Linings Playbook actors Bradley Cooper and Jennifer Lawrence.

"If Les Mis' loses to Silver Linings Playbook on Sunday, that's a big wow! … The big musical lost to the little independent comedy. Universal Pictures is counting on the Globes to give Les Mis' momentum going forward to the Oscars," Hammond said.

A little 'oddball' and 'artier'
Karger said the choices of the Hollywood Foreign Press Association were "often a little more oddball, sometimes a little artier" than those of the 6 000 members of the Academy who select the Oscar winners. That makes the Globes harder to predict and an often unreliable indicator of future success at the Oscars.

"I think in a lot of categories at the Globes, people will generally be surprised who wins, and unsure of who is going to win," Karger said.

The People's Choice Awards on Wednesday are voted on by fans and tend to reward the stars of blockbuster movies like The Hunger Games and The Avengers rather than films favoured by movie writers or Oscar voters.

Lincoln leads all nominations for the Critics' Choice Movie Awards, with a record 13 nods, ahead of Les Misérables with 11. Those awards are handed out on Thursday night by the Broadcast Film Critics Association, which represents more than 270 US television, radio and online critics. – Reuters