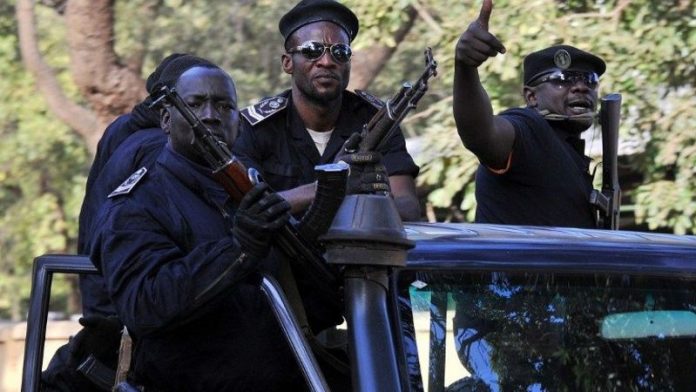 In the latest setback, the al-Qaeda-linked extremists overran the garrison village of Diabaly in central Mali, France's defense minister said in Paris.

Jean-Yves Le Drian said on Monday the rebels "took Diabaly after fierce fighting and resistance from the Malian army that couldn't hold them back."

The Malian military is in disarray and has let many towns fall with barely a shot fired since the insurgency began almost a year ago in the north-west African nation.

The militant Islamist fighters control the north and had been blocked in Mali's narrow waist in the central part of the country. But they appeared to have now done a flanking move in the 300-kilometre long belt, opening a second front in the broad southern section of the country, knifing in from the west on government forces.

Mauritania lies to the west of Mali and its armed forces have been put on high alert, said a military official there who insisted on anonymity because he is not authorized to speak to reporters.

To the south, the nation of Burkina Faso has sent military reinforcements to its border and set up roadblocks.

French aerial bombings
The French military, which began battling in Mali on Friday, expanded its aerial bombing campaign of northern Mali, launching airstrikes for the first time in central Mali to combat the new threat. But it failed to halt the advance of the rebels, who now are only 400 kilometres from the capital Bamako, in the far south.

Before France sent its forces in on Friday, the closest known spot the Islamists were to the capital was 680 kilometers away near the central belt, though they might have infiltrated closer than that.

France is urging the "Africanisation" of the conflict, encouraging African nations to send troops to fight the Islamic extremists. There have been promises, but no troop movements have yet been publicly announced.

Early on Monday, an intelligence agent confirmed that shots rang out near the Diabaly military camp in what was still nominally government-held territory and that soon after, jets were heard overhead, followed by explosions.The agent insisted on anonymity because he is not authorized to speak publicly on the matter.

A Malian commander in the nearby town of Niono said the bombardments did not stop the Islamist fighters and that they occupied Alatona, and on Monday, they succeeded in reaching the north-south road which connects Diabaly to Segou, the administrative capital of central Mali.

In another setback, Le Drian said a second French commando who went missing during a bungled attempt to rescue a hostage in Somalia, on the other side of Africa, was most likely killed during the operation.

'Macabre and disgraceful'
The Somali insurgent group al-Shebab, which like the Islamists in Mali are linked to al-Qaeda, later posted on Twitter two photos of a man wearing military pants and a blood-soaked shirt surrounded by two guns, ammunition clips and protective gear. In a possible reference to the photo, Le Drian said France believed that al-Shebab group was preparing a "macabre and disgraceful" display of the dead soldiers' bodies.

The Islamist advance in central Mali came even after fighter jets late Sunday began dropping bombs in the rice-growing region of Alatona. At that point, a rebel convoy had been spotted 40 kilometres southeast of Diabaly, until recently the site of a major, US-funded Millenium Challenger Corporation project.

French radio Europe 1 broadcast a telephone interview with Omar Ould Hamaha, a leader of the Movement for Oneness and Jihad in West Africa, which controls part of northern Mali.

In it he dared the French to "come down on the ground if they're real men. We'll welcome them with open arms," he said. "France has opened the gates of hell … it has fallen into a trap much more dangerous than Iraq, Afghanistan or Somalia."

The international medical humanitarian organization Doctors Without Borders, known by its initials in French as MSF, said Monday that 12 people wounded in the conflict were being treated by an MSF team at a regional hospital in Timbuktu, a roughly seven-hour journey from the conflict zone.

"We are worried about the people living close to the combat zones, and we call on all the parties to the conflict to respect the safety of civilians and to leave medical facilities untouched," said Rosa Crestani, MSF emergency response coordinator.

Troops deployed
Mali's north, an area the size of France itself, was occupied by al-Qaeda-linked rebels nine months ago, following a coup in the capital. For nearly as long, the international community has debated what to do.

In December, the United Nations Security Council adopted a resolution calling for a military intervention, but only after an exhaustive list of pre-emptive measures were fulfilled, starting with training the Malian military, which was supposed to take the lead in the offensive.

All of that changed in a matter of hours last week, when French intelligence services spotted two rebel convoys heading south, one on the mostly east-west axis of Douentza to the garrison towns of Mopti and Sevare, and a second heading from a locality north of Diabaly toward Segou, the administrative capital of Central Mali. Had either Segou or Mopti fallen, many feared that the Islamists could advance toward the capital.

French President François Hollande deployed 550 French troops to Mali and authorised the airstrikes which began Friday, initially concentrated in the north. The French are using Mirage jets stationed in Chad, which are able to carry 250-kilogram bombs.

They are also using Gazelle helicopter gunships and the Rafale jet, based in France. Britain over the weekend authorised sending several C-17 transport planes to help France bring more troops. The United States is sending drones, as well as communications and logistical support.

Austere Islam
Since seizing control of Mali's upper half, the Islamists have imposed an austere form of Islam, foreign to the people of Mali, who have long practiced a moderate religion. They have cut off the hands and feet of thieves, in public spectacles that have left outdoor squares awash in blood.

Women live with increasingly less freedom, and are required to fully cover themselves. They have been flogged and whipped for offenses ranging from wearing eyeshadow or perfume, to not covering their hands. – Sapa-AP