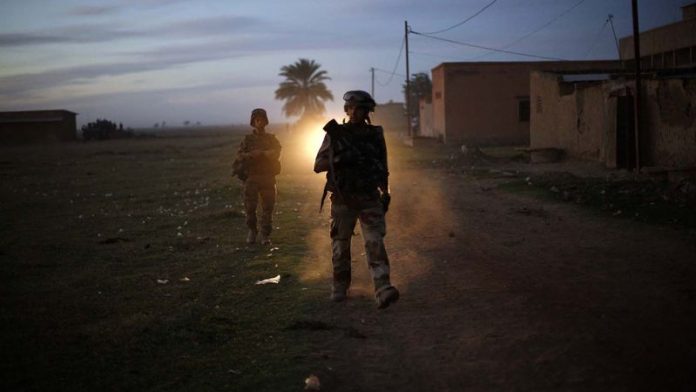 As France's full-scale war on Islamist militants now rages on in landlocked Mali, African leaders meeting for their biannual African Union (AU) summit in Ethiopia this weekend will be hard-pressed to find a way for Africa to take charge of the situation.

Experts say, although they saluted the speedy French intervention to stop Islamists from advancing to take over the capital Bamako earlier this month, African leaders are not clear about how the deployment of African troops in the vast desert of northern Mali will pan out. They are also divided over whose responsibility it will be to "clean up" once France withdraws.

The Malian crisis is a test for the AU's resolve to solve crises with an African standby force and what officials in Addis Ababa call the "African peace and security architecture". However, some ask whether it would be fair to place the AU on the spot now that the dynamic of the conflict has changed radically.

More than 2000 French troops are on the ground to drive out the militants from Al Qaida in the Islamic Maghreb, the Touareg-led Ansar Dine and the Movement for Oneness and Jihad in West Africa who took over the northern part of Mali after a coup in Bamako in March last year.

Initially, the fight to restore the unity of Mali was to be led by a joint West African force, mandated by the United Nations, but they were not ready when the Islamists advanced on the town of Konna, near the strategic airport in Sevare, about 500km north of Mali on January 11.

About 3 000 troops from Chad, Nigeria, Niger, Burkina Faso, Senegal, Togo and Benin, led by Nigeria, are now preparing to join the Malian army in assisting with this effort, according to a statement by the West African Economic Community (Ecowas). Troops from Nigeria, Togo and Burkina Faso have already started to arrive in Mali.

Technical preparedness On Tuesday, General Ibrahima Dahirou Dembele, chief of staff of the Malian army, told Radio France International that soldiers from Chad and Niger, trained in desert-like conditions, are ready to enter Mali from Niger and within one month to "liberate" the towns of Gao and Timbuktu.

But Solomon Dersso, a senior researcher at the Institute for Security Studies' office in Addis Ababa, questions the readiness of the force. "Africans are now scrambling to deploy forces after the French intervention without the necessary logistical and technical preparedness."

Dersso said this debate would dominate the AU summit. "The French intervention has radically transformed the crisis." He said no one knew how long it would take to solve the situation in Mali because the underlying factors, such as the proliferation of weapons, "including the ones now being taken from the rebels", had not been solved.

He said he believed the interim government in Mali, still much under the control of the coup leader, Captain Amadou Sanogo, didn't really want troops from the region involved. But African leaders are keen to prove that the continent can solve its own problems.

Ivorian President Alassane Ouattara, who is the Ecowas chairperson, has asked the UN to finance the African force. He said in Abidjan: "The time has come for a larger engagement to show solidarity with France and with Africa."

Siphamandla Zondi, from the Institute for Global Dialogue in Midrand, said France's role in Mali was "very different" from its much-criticised role in Côte d'Ivoire, and that was why African leaders accepted it. "The difference is that this intervention was on the request of the Malian government," he said.

President Jacob Zuma last week told the SABC that French President François Hollande called him and other African leaders before the intervention in Mali. "This has never happened before," Zuma said after meeting the current AU chairperson, President Yayi Boni from Benin.

Meanwhile, a high-ranking source in the department of international relations and co-operation said South Africa did question the timing of the well-organised French intervention "two days after Mali requested it", saying "it looked as if France had planned to get involved right from the start". He said Africans were "embarrassed' by the French intervention. In line with AU principles, the Malian crisis was left to Ecowas to resolve. However, the dramatic hostage drama this week in the south of Algeria, which left at least 48 hostages dead, has now finally compelled the North African country to get involved in the Malian crisis.

The drama also emphasised the international nature of the conflict. Algeria, an important member of the AU, was initially opposed to French intervention in its southern neighbour, but has since apparently authorised France to use its airspace for its "Operation Serval" and has closed its southern border.