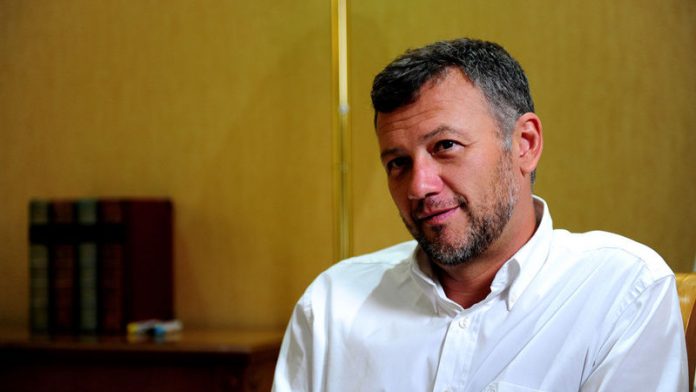 The text of the adverts, published in the Sunday Times, City Press, Sunday Independent, and Rapport, appear in five stanzas, each beginning with the line: "We help because we believe".

It concludes with the words, in bold type: "We help because we believe where there's help, there's a way."

The Sunday Times reported that FirstRand chief executive Sizwe Nxasana sent an SMS to Basic Education Minister Angie Motshekga on Monday after a child called her "brainless" in one of its "You Can Help" videos.

"Good Morning Minister. I have instructed FNB to remove the video clips from their website this morning. I will investigate how and why the clips ended [up] on their website. Sincere apologies for this. Sizwe," the SMS read.

SA Chamber of Commerce and Industry chief executive Neren Rau told City Press that the fallout between FNB and the ANC was a sign of tension between the government and business.

He said business had difficulty reading signals from the government.

"It is difficult to know what we should do. We are told to be more outspoken, but when we are, we are criticised," he was quoted as saying.

Outspoken
"I didn't see the advert. I don't think FNB would have done it to cause tensions. They were responding to the call [for business] to be more outspoken."

The FNB campaign features a number of videos of children in school uniform reciting their hopes for the country. Opposition parties and activist groups said the ANC's criticism of the campaign showed its intolerance.

FNB met with African National Congress leaders (ANC), including secretary-general Gwede Mantashe, on Thursday. The bank apologised to the party on Friday.

The apology was met with disapproval.

University of Free State vice-chancellor Jonathan Jansen posted on Facebook: "I am deeply disappointed by FNB for running to apologise/explain to a political party for airing the voices of children. Does FNB realise how much blood was spilt for the right to say what you think? I fear for my country," he posted on Saturday.

Democratic Alliance leader Helen Zille tweeted on Saturday: "Saying that #FNB caved in order to protect the kids in the advert is a more devastating statement on the ANC govt than anything the ad said."

Ambassador to Argentina and former DA leader Tony Leon tweeted: "The ANC must be laughing all the way to the bank."

City Press editor Ferial Haffajee tweeted: "I wonder when we who get bullied say so far and no more? Not a good feeling at all."

During the meeting on Friday, the ANC reportedly argued the campaign sought to project the party and government in a negative light. The ANC said the clips had a negative impact on business confidence and could undermine investment in the country.

FNB chief executive Michael Jordaan said he would not resign.

"I am not resigning as CEO [of] the most innovative bank in the world," he tweeted on Friday morning. – Sapa

In a move that will bring some relief to consumers the South African Reserve Bank (SARB) cut its repo rate on Thursday...
Read more
National

Customers to benefit from disruption in retail banking, says FNB

The report found that FNB came first not because of customers' rising satisfaction with the bank, but because of decreasing happiness with Capitec
Read more
Business

Growth was seen across all retail categories with the largest seen in household furniture, appliances and equipment
Read more
Advertising