Is personal technology the rock ‘n roll of the 21st century? 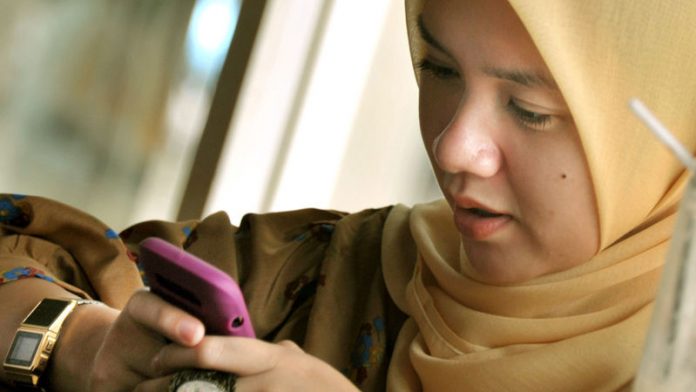 When was the last time you heard people, young or old, arguing the merits of different rock bands? I'm guessing it's been a while. But what about a tiff about their choice of mobile phone? In the last five years I've heard too many to count. Does that make personal technology the rock 'n roll of this century?

The comparison seems silly at first. Forty years ago rock 'n roll was the single most important cultural force in the lives of people under 25 years old. Your musical tastes could win you instant friends or get you into a playground fight, depending on your luck. How could a lump of metal and plastic ever compare that that?

The reality is that few people nowadays get as passionate about their favourite bands as they do about their preferred technology brand. Your choice of mobile phone is as much a statement of style, status and politics as your LP collection used to be.

Take the Apple iPhone, for instance: its legions of fans are entirely convinced of its superiority. To the faithful the Apple brand stands for good taste, exceptional usability and minimalist beauty. To its many detractors the iPhone is small, underpowered, overpriced and totally overrated. Those credulous enough to buy one are dismissed as hipsters, snobs, iSheep and "Apple fanboys".

Now compare that to Samsung's growing fanbase. The brand's marketing screams bigger, better, faster and cheaper. Its most popular devices use Google's open source Android operating system, a choice which fans inevitably point out is superior to the closed and restrictive systems of rivals like Blackberry and Apple.

"But," their opponents sneer, "Samsung's phones are all so ugly! Who wants a screen that size anyway? It's like a dinner plate. How do you even hold it? And who actually wants to reprogramme their phone in Linux? That's just silly." iPhone fans, in particular, are prone to rolling their eyes at the sheer chutzpah of this brash upstart. "Samsung? Don't they make washing machines? Sis."

Such passion is now commonplace, but just 10 years ago your choice of mobile phone was as mundane as comparing the brands of toothbrushes you used. So what changed?

It all began with a product that most analysts said would be a failure: the Apple iPod. When it launched in 2001, many people thought Apple had lost its way. A portable digital music player? From a computer company? Madness.

And yet, within months of launching, the iPod was the must-have gift for anyone who listened to music. Within five years Apple had sold 100-million of them. Compact, beautiful and simple to use, the iPod was the first truly personal piece of technology since the Sony Walkman launched in 1979. Apple had successfully transformed a mass-market consumer product into a status symbol.

When Apple launched the iPhone in 2007 analysts made the same foolish one-way bets. Steve Ballmer, CEO of Microsoft, openly ridiculed the product: "There's no chance that the iPhone is going to get any significant market share. No chance." Oops.

What Apple understood and its rivals have since learned (or copied), was that technology was shifting from something bland and anonymous that sat on an office desk to something beautiful and personal that you carried around in your pocket.

Your mobile phone no longer needed to be ugly and clumsy, it could be a thing of beauty and status. In this new paradigm features were less important than usability, and style was more important than technical specifications.

To their credit rivals like Samsung, HTC and, to a lesser extent, Nokia have internalised these lessons. As a result mobile phones and tablets are a lot more pleasant to look at and to use than they might have been a decade ago.

The other part of this equation is that rock 'n roll has also changed. The globalisation of the music industry combined with the distributive power of the internet means that there's now an audience for every band, regardless of how obscure they are.

As the choice of new music has exploded, audiences have fragmented into thousands of niches. Best friends need not share musical tastes anymore. And because listening has become more personal and less public, it matters much less.

Once teenagers used to cluster reverentially around a bedroom stereo. Now they are plugged, via white headphones, into private music worlds.

People are tribal by nature, but popular music is no longer the unifying force it was in the 1950s, 60s and 70s. This has left people hungry for identification, and technology brands have stepped into that breach.

People like to belong, and the clash of technology titans has given them sides to choose, sides with simple and compelling ideologies: open vs closed, touchscreen vs keypad, BBM vs Whatsapp. Part of belonging is having sworn enemies. Nothing else can explain the volume of vitriol spewed by rival fans on the internet.

Yet, for all their newfound glitter, gadgets are still largely a means to an end. Your iPhone or Galaxy S3 may make a statement about your taste, but you wouldn't pack into a stadium for a mobile phone, or cuddle a mobile phone after a breakup. Rock 'n roll might not have the cultural heft of 40 years ago but it still beats technology hands down when it comes to raw emotion.

Still, it's remarkable how attached we've become to our hunks of plastic and metal. Personal technology is now a fully-fledged cultural force. And, as technology becomes more integral to our lives, it will only become more powerful.