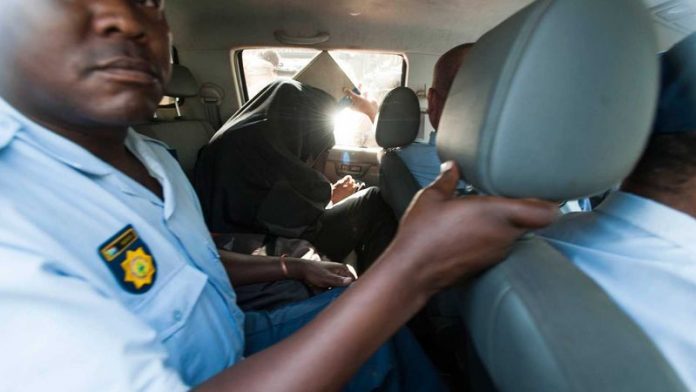 Sanef chairman Nic Dawes said there was no intention to contravene a court order prohibiting the taking of photographs during the athletes' first court appearance on Friday.

"There seemed to have been confusion regarding the court ruling on the covering of the case," Dawes said.

This comes after some newspapers published photos of Pistorius crying in court on their front pages on Saturday.

Magistrate Desmond Nair had ruled against live broadcasts of the matter on Friday.

Sound recordings of the arguments and judgment were allowed but photographs could only be taken before or after court proceedings.

Images of Pistorius covering his face with his hands as he cried, were taken during proceedings, which was a contravention of Friday's ruling.

Dawes said the publications had acknowledged the error and had withdrawn the pictures from circulation.

Sanef did not support the publication of the pictures as it contravened Nair's ruling, he said.

"We are committed to an environment that permits free and fair reporting… and we also abide by the law," he said.

The organisation was meeting on Saturday to discuss the matter.

Pistorius's lawyer Kenny Oldwage refused on Saturday to comment on reports that he would take action against newspapers that published the pictures.

Earlier, EyeWitness News reported that Oldwage said he would address the matter at Pistorius's bail application in the Pretoria Magistrate's Court on Tuesday.

"I do not want to talk about this case or discuss it further anymore… do not call my number anymore," Oldwage told Sapa when contacted for comment.

Pistorius was arrested on Thursday after his girlfriend Reeva Steenkamp, a model, law graduate, and participant in the Tropika Island of Treasure television show, was shot dead in his home.

Pistorius remained in custody at the Brooklyn police station.

He was expected to make a formal bail application on Tuesday. – Sapa