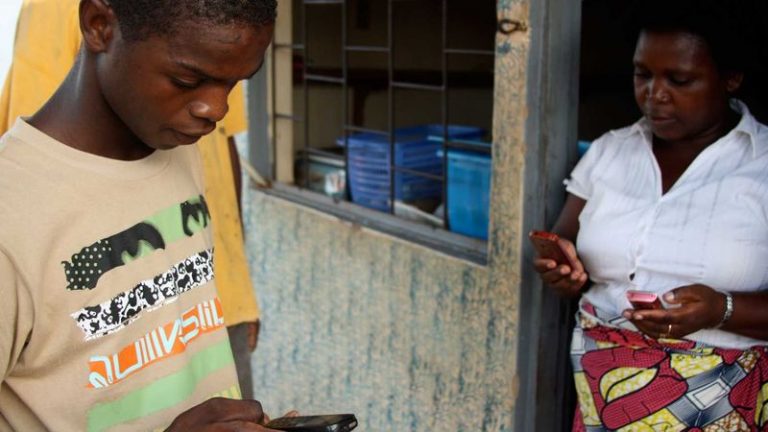 They hope it would cut the cost of logistics in disaster zones.

Mozambican flood refugee Rose Makavela's cell phone beeps. A text message confirms she can get a free bottle of chlorine at a roadside stall near her refugee camp to prevent cholera.

Shopkeeper Delsio checks a matching message on his own phone, then hands her the chemical – one of 150 bottles he's given away in only two weeks.

"It's easy. Even a child can use it," he said, happy about the small commission he earns through the cell phone-based system.

Just one drop of chlorine purifies water for drinking, killing the cholera bacteria and other water-borne diseases.

The mobile initiative is the latest "e-health" tactic to get aid to flood victims in the southern African nation, hit by the worst deluge in over a decade. Mobile phones have been used during humanitarian crises such as the 2010 earthquake in Haiti to track and coordinate relief efforts. But using text messages to distribute products is new and its developers are trying to insert this into the traditional, large-scale emergency response.

The heaviest floods since 2000 have killed more than 100 people and affected around 250 000, washing away roads, hospitals and houses in the south. Close to 70 000 people are living in tented camps.

Around 300 people have been infected in a cholera outbreak in the far north caused by drinking unpurified water.

Symptoms include chronic diarrhoea and vomiting. In extreme cases it can kill. Residents are so afraid of the disease they have attacked local officials and health workers whom they believe contaminate the water. Two people died in such clashes since January, according to local media.

"If someone catches cholera here, it can spread throughout the town. We are making sure the whole city is prepared at least," said PSI community worker Alfredo Baltazar. Just weeks ago, a massive wall of water swept through the area. Now, in the stifling heat, there is not enough drinking water. And incidence of disease are becoming more frequent.

"People are getting diarrhoea. They took a woman away this morning who had it. She was vomiting," said flood survivor Custodia Quive, who was queuing for water.

Most donor money in an emergency goes into massive supply chains that are often inefficient and wasteful, said PSI country director Iulian Circo.

"If you are in an environment where the links to the supply chain have been cut because the roads have broken or where there is no shop, there you have to come up with alternative ways," he said.

"Doing SMS distribution in some areas saves you time and resources and you can do the traditional distribution elsewhere," he adds.

Although Mozambique is still one of the world's poorest countries, cell phone usage is growing and at least three out of 10 people own one.

People fleeing the rising waters took only what they could carry – and usually that included a cell phone.

Roving vendors sell call credit in the camps and for $0.03 phones can be recharged at one of the roadside stores that have mushroomed outside the camp.

The "business logic" makes the simple technology work, Circo said. "We make local shops partners in emergency response. They benefit from responding to the emergency and give us the strength that we don't have – they have penetration in the community."

Health campaigns work when people take initiative too and do not just rely on NGOs, said community worker Baltazar.

"From the moment the person himself takes his phone, sends an SMS, receives a code and goes to collect, he will value it," he said.

Floods occur every few years in Mozambique's vast low-lying river basins. Harnessing this informal trade could be key to the emergency response next time around.

"You can recruit a whole army of informal tradespeople. You don't even worry about the shop," said Circo. "In October you stock up. You can create a hub before the emergency because it is predictable." – Sapa-AFP