State of the Nation: Women still pushed to the margins 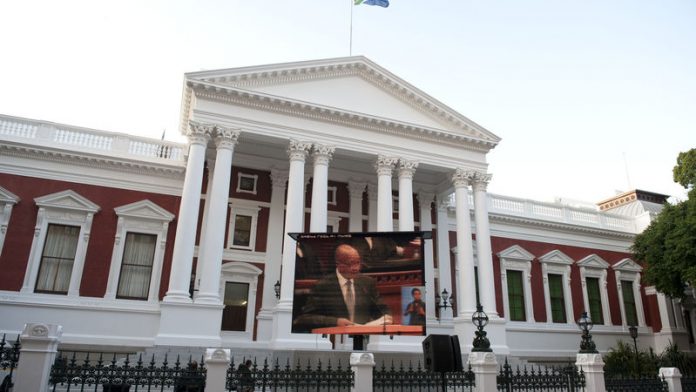 In his address, Zuma mentioned the Women's Empowerment and Gender Equity Bill, introduced in Parliament by the department of women, children and people with disabilities in September last year.

But the Bill should not be viewed as a panacea for women's unemployment and inequality. There is duplication between the Bill and existing legislation, such as the Equality Act, the Employment Equity Act and the Broad-based Black Economic Empowerment Act.

We need to investigate why these laws have failed to address the systemic imbalances responsible for women's continued unequal social and economic status before we put more laws in place.

The address entirely overlooked sexual violence in schools as an issue demanding concerted action, despite estimates that more than 30% of girls are raped at school and that one-third of all documented abuses of schoolgirls are committed by teachers.

The stand-out comment from Zuma on violence against women concerned the "brutal gang rape and murder" of Anene Booysen, which, he said, "brought into sharp focus the need for unity in action to eradicate this scourge".

This suggests that violence against women requires "unity in action" only when brutal. For most women in South Africa, given our rape and femicide realities, violence has long been "in sharp focus".

Beyond platitudes, the president made no mention of any progress in reintroducing specialised sexual offences courts. In mid-2012, the justice minister appointed a task team to look into the issue.

In December, the team recommended the re-establishment of the courts, but the minister asked the public to "exercise a bit of patience". Compare this with the government's commitment to curbing violent protests.

During the 2010 Soccer World Cup, special courts sat for longer hours, with dedicated staff, to hear and quickly finalise criminal matters. Why not duplicate this in the approach to rape, which happens to one in four women, and femicide, which claims a woman's life every eight hours?

Strategic outputs
Selectively quoting recent research, Zuma noted that life expectancy in South Africa had  increased from 56 years in 2009 to 60 in 2011. He omitted to mention maternal mortality, which, according to the same report, increased to more than 300 deaths for every  1000 00 live births in 2009.

Decreasing maternal mortality is both a millennium development goal and one of four "strategic outputs" that the healthcare sector must achieve by 2014. One would have expected the president's address to report specific progress on this score.

Although the president named rural development and land reform as priority areas, he seemed oblivious to the barriers facing rural women in getting access to land.

As the Commission for Gender Equality has noted, men still make up 90% of the beneficiaries of land reform.

This gender bias is likely to be exacerbated by the Traditional Courts Bill, which, if passed, will reverse the gains achieved by rural women in regard to land rights; the Bill will place disproportionate and unchecked powers in the hands of predominantly male traditional leaders.

South African women face a staggering array of challenges, not least a renewed wave of violence. They have little in the way of support to take from the State of the Nation address.

Sanja Bornman is an attorney with the Women's Legal Centre. This article is drawn from the centre’s report on the SONA, available at www.wlce.co.za

Get it right, newsdesks, the ANC aunties are not exactly fighting for women’s rights

Invite his penis in? Seriously?