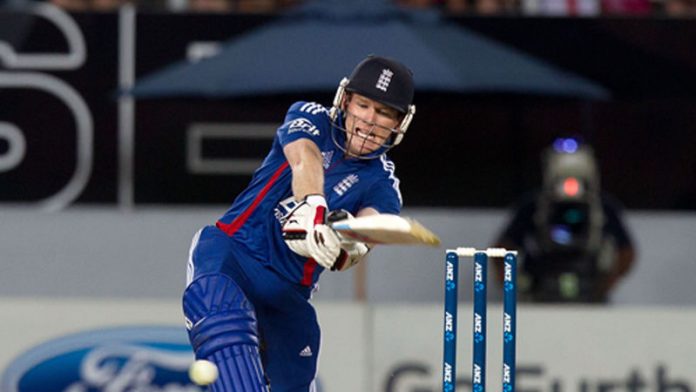 They wrapped up the series at Eden Park on Saturday.

England's opening bowlers James Anderson and Steve Finn had set up the victory when they helped bowl the hosts out for a paltry 185 in 43.5 overs, with New Zealand captain Brendon McCullum (79) the only batsman to provide any resistance.

Anderson and Finn put immense pressure on the top order to reduce the hosts to 11 for three inside eight overs, which ensured they never got their innings going as they were unable to take too many risks and lost wickets at regular intervals.

Talking point
"Our job is to take wickets in the first 10 overs and fortunately we have done that in the last couple of games and it seems to have pegged New Zealand back early."

Apart from McCullum's fireworks for the second successive match, Ross Taylor's dismissal for 28 was the only other talking point in New Zealand's innings that was at least 100 runs short of a competitive target on the small ground.

Taylor was given out by umpire Chris Gaffaney after he appeared to nick a delivery from Stuart Broad to wicketkeeper Jos Buttler, though the batsman immediately asked for it to be reviewed.

None of the review tools available, especially 'hot spot' that shows whether a batsman has hit the ball, appeared conclusive, but television umpire Rod Tucker upheld the on-field umpire's decision to Taylor's visible annoyance.

Finn was the pick of England's bowlers, having figures of three for 10 from eight overs before McCullum, who clubbed five sixes in his rear-guard action, and Andrew Ellis took 17 runs from his ninth over. Finn finished with three for 27.

England now move to Queenstown for a four-day match against a New Zealand XI before the first of three tests begins at Dunedin's University Oval on March 6.  – Reuters