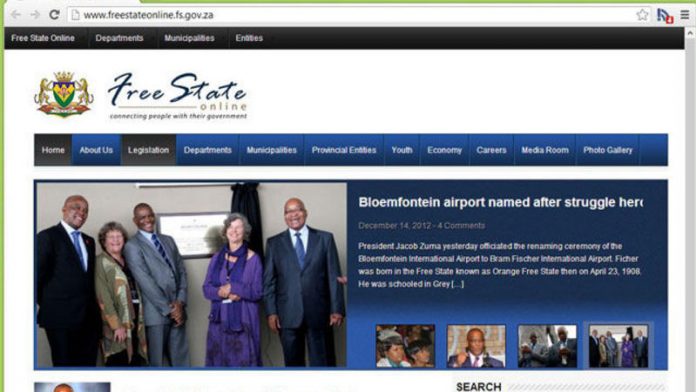 Free State director general Elzabe Rockman signed a three-year contract to redesign the website in 2011, the Sowetan newspaper reported. She had reportedly disputed the amount, claiming it was actually R40-million.

The agreement was signed with businessman Tumi Ntsele, who reportedly holds tenders with several other provincial departments.

The company was awarded the tender even though two other companies submitted significantly lower bids.

Etienne Bruwer, owner of web development company Jam Factory, told the newspaper the amount charged for the website was “ridiculous”.

“The company that is working on that site is probably making R3.5-million profit a month,” he said. Bruwer said the most paid for a website was R12-million, by financial institutions which needed to protect sensitive information.

Ntsele told the newspaper opposition parties had an agenda against black businessmen and that the website’s cost was fair. — TechCentral.co.za