Clash of the Choirs misses the high notes 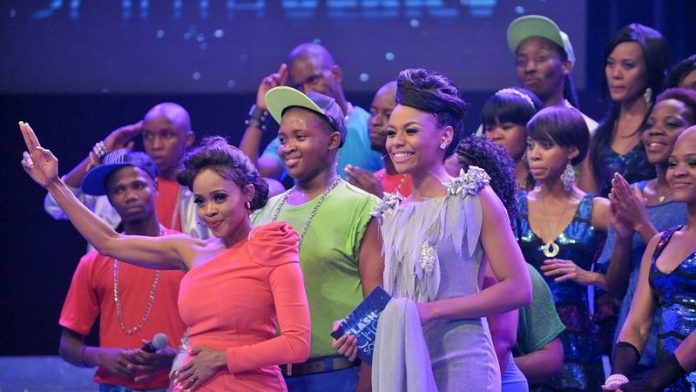 After only one season in the US (back in 2007), and 15 international versions produced in countries that include Turkey, Russia, Poland and even China, Clash of the Choirs is here.

I probably only watched one episode of the American show when it was broadcast in South Africa and was surprised when I heard that we were going to have our own version. It wasn’t popular in the States and didn't grab the attention of the music and reality show lover. I might have been suffering from reality-TV fatigue.

The US version featured choirs led by Nick Lachey, Kelly Rowland, Patti LaBelle, Michael Bolton and Blake Shelton. Even though the show drew as many as 8.3-million viewers during the final episode, it was never picked up for a second season. Critics were unhappy about the fact that the choirmasters served as judges for their competitors' performances, which meant that the show lacked the tension and personality which comes with a traditional judging panel.

Choral music is one of the most popular and successful genres both here and internationally. Many of us were either part of our school or church choirs, if not both. So one would expect this show to be successful globally.

That said, I didn’t know one person who made it their life’s mission to watch the Old Mutual National Choir Festival that used to air on SABC1 every Saturday after the Generations omnibus (not that I was watching that, of course). So I find it mind-boggling that they were convinced a local version of Clash of the Choirs would be a great idea, even if the production is designed to be considerably more entertaining than the Old Mutual National Choir Festival.

As talented and harmonically on-point as the Old Mutual National Choir Festival contestants were, it really wasn’t that exciting to watch for 45 minutes. But in Clash of the Choirs, contestants don colourful costumes and perform dance routines, and the chosen songs are much more popular and contemporary.

When the judges were announced I had an even bigger “huh?” moment. I couldn’t understand why Anele Mdoda was selected. Yes, she may be a radio presenter, but that hardly makes her a music expert. And I get that she has been added for popular appeal, but is she really that popular? Other judges include gospel singer and television host Rebecca Malope, who has more than 20 years of industry experience, and music producer, talent scout and founder of gospel choir Joyous Celebration Lindelani Mkhize.

The show is hosted by fiery TV personality Bonang Matheba and features music teacher and vocal coach RJ Benjamin (who has trained the likes of Danny K and Vicky Sampson). But while Matheba seems far more comfortable than she does on Top Billing, the renowned RJ Benjamin seems doomed to failure – he faces the seemingly impossible task of training seven choirs where some are struggling to master a simple musical phrase.

Sunday evening was the first theatre show for the choirs of choirmasters Judith Sephuma (Limpopo), Khaya Mthethwa (KwaZulu-Natal), Zakes Bantwini (Gauteng), Thembi Seethe (Free State), Zwai Bala (Mpumalanga), Sipho “Hotstix” Mabuse (North West) and Winnie Khumalo (Western Cape). The show's recording was held at the Soweto Theatre with the theme "choirmasters’ hits". Each choir performed a song made famous by one of the other choirmasters.

It didn't take long for mistakes in the show's conception to become obvious. Firstly, not all pop songs can be arranged into choral harmonies, which left the choirs trying too hard. There was also a reminder of the problem with church choirs, which is that anyone can join and be made to believe that it is alright for them to attempt to belt it out like gospel singers Cece Winans and Yolanda Adams. Some of the women in the show who attempted solo performances were remarkably off-pitch, and at times struggled to keep a tune.

Another mistake might be that they made solo singers the choirmasters. Not everyone is a great musical arranger. Even though Mthethwa is not as commercially experienced as the other choirmasters, one could see that his years of singing in his church choir paid off, unlike jazz sensation Judith Sephuma, whose choir relied heavily on their soloist.

I was left disappointed by the remarks from industry legends who acted as judges. They lacked any constructive criticism that would have helped the competition hopefuls. At times it sounded like they didn’t even pay attention to the performances.

In the end, Seethe and her choir got the boot, following the oddest showdown I have ever seen on a reality show. The two choirs were told that they had to come up with a 45 second creative production of Justin Bieber’s hit song Baby.

I stopped watching Idols years ago, but there is something that works about the show, from the quality of the performances to the personalities of the judges. Contestants spend a lot of time working with judges and coaches before they sing to a live audience. It might be the consistent and gruelling rehearsals and various auditions that makes them “good enough” singers in the end.

The good thing about this show is that the winning choirs will get to give R500 000 to a charity in their home province, but in all fairness the show isn’t well-thought-out enough. Reality music shows clearly aren’t as easy as Idols makes them look.

Being Mandela: ‘Real housewives from exile’