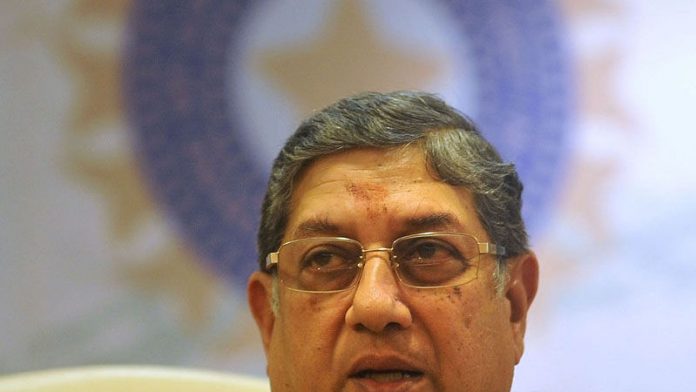 If anybody thought the political infighting and back-stabbing at Cricket South Africa (CSA) was messy over the past few years, it could seem like harmless bickering compared with a looming conflict so large that it might financially cripple the game in this country.

Norman Arendse, a former CSA president but the leading "independent" director of the new board, accompanied current president Chris Nenzani and vice-president Peter Cyster on a trip to India a week ago to discuss the ailing Champions League with its fellow owners, the Board of Control for Cricket in India (BCCI) and Cricket Australia.

But Arendse had a different agenda uppermost in his mind — to find a way to placate the Indian board, and chiefly its president N Srinivasan, and pursuade them to accept the CSA's appointment of Haroon Lorgat as its new chief executive.

What do South Africa's internal affairs have to do with India and Srinivasan? Nothing — except when they concern Lorgat, whose four-year term as chief executive of the International Cricket Council (ICC), which ended last year, brought him into almost constant conflict with Srinivasan.

From the moment the BCCI presented Lorgat with a 10-year future tours programme (FTP) in early 2009, which featured India, Australia, England and South Africa heavily and entirely excluded Pakistan and Zimbabwe, Lorgat's and Srinivasan's horns were locked.

The multibillion-dollar first two seasons of the Indian Premier League (IPL) did not introduce the ICC's anti-corruption measures because, they said, they were too expensive.

India, with Srinivasan again to the fore, objected to cricket signing up to the World Anti-doping Agency's drug-testing code, specifi­cally because of its "whereabouts clause", which demands that all professional players must be available for testing at any time of the year. Srinivasan said cricketers "were different to other athletes". Lorgat and the ICC disagreed.

The introduction of a points system based on merit to the ODI rankings infuriated Srinivasan, who had promised the likes of Zimbabwe and Bangladesh automatic entry to all ICC events — in return for their guaranteed vote on every issue. In effect, Lorgat was potentially undermining Srinivasan's and India's control of the world game.

The ICC's decision to move a World Cup game from the iconic but half-rebuilt Eden Gardens in Kolkata to Bangalore meant Lorgat's popularity within the BCCI slipped further — but not as low as when he insisted that the tournament would incorporate the decision review system because it fell under the ICC's auspices and not India's.

The BCCI has been a long-standing opponent of player associations and still refuses to countenance any form of organisation among its own players.

So when Lorgat vetoed the BCCI's formal decision to reject the Federation of International Cricketers' Asso­ciations and pledged the ICC to co-operate with it, Lorgat's standing in India plummeted.

There was more. A forensic audit of World Cup ticket management is one thing, but on Indian soil? The implication was noted.

When the ICC appointed Lord Woolf to conduct a comprehensive review of its own structure and operating systems, his report concluded that a lack of independence among its chief decision-makers resulted in on over-concentration of power and wealth among a few elite countries, most notably India. Lorgat wanted the report published. India did not.

It was. Srinivasan is not only a billionaire in his personal capacity and the owner of IPL franchise Chennai Superkings (never mind the conflict of interest), his command of power is also as great as his gathering of cash. He is not used to people standing up to him once, much less repeatedly.

'None of our business'
?On his return to South Africa, Arendse spoke of the "detailed" reasons he was given for India's objection to Lorgat's appointment. But barely 24 hours later, Srinivasan claimed he had "no interest" in the matter and claimed it was "none of our business".

Behind those words, however, simmers a bitter resentment that will not easily go away.

India's three-Test tour to this country next summer will generate hundreds of millions of rands, mostly from an eye-watering seven-match ODI series worth approximately R20-million a match in television revenue.

Whispered threats of cancellation may be exaggerated, but a change to comply with the minimum requirement of an FTP commitment is a distinct possibility.

The financial consequences of playing just two Tests and three ODIs would be crippling, never mind what happens in the future.

India has already flexed its muscles once, threatening to reduce their tour of New Zealand immediately after South Africa unless the anti-podeans ended their involvement with a proposed American Premier League, which might threaten the supremacy of the IPL.

A proposed Southern Premier League involving South Africa, Australia and New Zealand was crushed three years ago by India's refusal to allow any of its players to participate, despite the three countries supplying the vast majority of foreign players to the IPL.

If the CSA decides Lorgat is the best man to run its business, it will be admired and lauded (privately) throughout most of the cricket-playing world. But the question the CSI must answer now is: Can it afford the price?